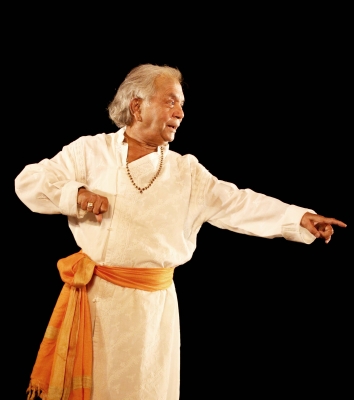 Kathak maestro Pandit Birju Maharaj, who had been diagnosed with kidney disease a few days ago and put on dialysis, died at his home here late on Sunday.

President Ram Nath Kovind said, “The demise of legendary Pandit Birju Maharaj marks the end of an era. It leaves a deep void in the Indian music and cultural space. He became an icon, making unparalleled contribution to popularise Kathak globally. Condolences to his family and admirers.”

Expressing his grief, Prime Minister Narendra Modi said, “Deeply saddened by the demise of Pandit Birju Maharaj ji, who got Indian dance form a special recognition across the world. His passing is an irreparable loss to the entire art world. My condolences to his family and admirers in this hour of grief. om Shanti!.”

Vice President M. Venkaiah Naidu said, “Deeply saddened by the passing away of the legendary Kathak dancer, Pandit Birju Maharaj. The world renowned Kathak exponent with his unique style was an institution and an inspiration across the globe. His death is a huge loss to the world of performing arts. My heartfelt condolences to the bereaved family members. Om Shanti!.”

Defence Minister Rajnath Singh said, “Pandit Birju ji Maharaj was a doyen of India’s art and culture. He popularised the Lucknow gharana of Kathak dance form around the world. Deeply pained by his demise. His passing away is a monumental loss to the world of performing arts. Condolences to his family and admirers.” (IANS)