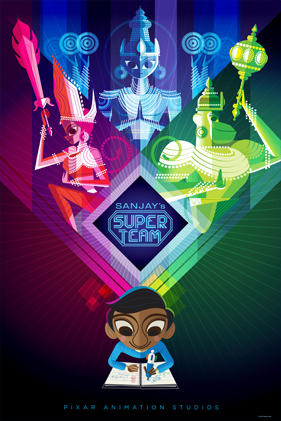 The team of “Bear Story” lifted the Oscar — the iconic nude statuette that looks more toned with hair and jawline refined this year – for Best Animated Short Film.

The short, by Gabriel Osorio, tells the story of a melancholy old bear.

The other nominees were “World of Tomorrow”, helmed by Don Hertzfeldt, Richard Williams’s “Prologue” and “We Can’t Live Without Cosmos”, directed by Konstantin Bronzit.

While the “Minions” stars Bob, Kevin and Stuart presented the award to “Bear Story” makers, the characters Woody and Buzz of “Toy Story”, which has completed 20 years, gave away the trophy to makers of Disney-Pixar 3D computer-animated film “Inside Out”.

The story tells the story of 11-year-old Riley and her parents who move to a new city. It’s up to Riley’s five main emotions — joy, sadness, fear, anger and disgust — to help her adjust.

Joy and sadness are accidentally launched on a journey through Riley’s brain to preserve her core memories, and as the duo races back to headquarters, fear, anger and disgust must figure out how to guide Riley.

“Inside Out” defeated films “Anomalsia”, “Boy and The World”,”Shaun The Sheep” and “When Marnie Was There” to win the Best Animated Feature Film award at the ceremony.