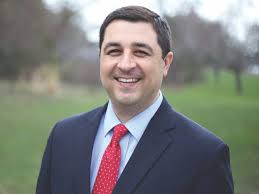 WASHINGTON – Of over 100 Indian-Americans who ran for office in national, state and local elections in the highly competitive midterm elections on Tuesday, two dozen candidates appear to have won their elections. Several additional races are still too close to call.

All four Indian American Members of the U.S. House of Representatives were re-elected.

“In the most high-stakes election cycle in recent memory, we are thrilled that all of our incumbents — including all four Indian American Members of the U.S. House of Representatives — were re-elected,” said Deepak Raj, co-founder of Impact and chair of the Impact Fund. “We also want to congratulate Josh Kaul on being elected Attorney General of Wisconsin, thus becoming the only Indian American to currently serve in statewide office, and the four new state legislators who will be the first Indian Americans to serve in the state legislatures of New York, Illinois, Kentucky, and Arizona.”

“Thanks to the talent of our candidates and generosity of our donors, Impact Fund was able to raise and deploy more funds for our candidates than any Indian American political organization in history,” said Raj Goyle, co-founder of Impact and a former member of the Kansas House of Representatives. “Today we celebrate, but tomorrow we get to work on 2019 and 2020.”

“Even though we weren’t able to win any new seats in Congress, we are tremendously proud of our candidates,” added Gautam Raghavan, executive director of Impact, “They each ran strong, smart, innovative campaigns and, as a result, outperformed recent challengers in their districts. We hope we’ll see them on the ballot again.”

A select list of non-incumbent challengers and election results can be found below courtesy of Indian American Impact Fund, which was founded in 2016 by Raj Goyle and Deepak Raj.

‘I want to set benchmarks like Sania Mirza, PV Sindhu in...

If the pitch is going to turn, then I would look...