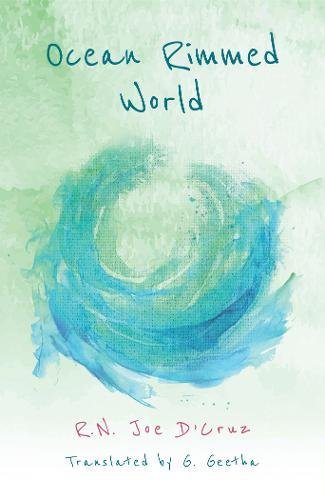 Universally, the travails of fishermen at sea are unending. Written originally in Tamil, and translated into English by G. Geetha, R.N. Joe D’Cruz’s novel “Ocean Rimmed World” explores the hardship, toil, labour of coarse love and change-induced conflict in the lives of the fisherfolk community in his native Tuticorin, in southeast Tamil Nadu, which is in the news of late after protests against corporate giant Sterlite Copper turned violent. 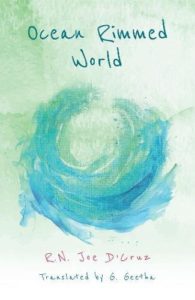 Set in the community of Parathavars, the intricate plot which spans 55 years, tracks the numerous changes in the lives and fortunes of the clan, supplemented by the powerful narratives of three fishermen who are clinging to a log in the sea after an accident, and are awaiting rescue.

D’Cruz’s story massively accentuates his commitment and belief in his gutsy and equally committed characters, who wage battles every day with their lives and with their chief antagonist-cum-provider, the ocean.

Replete with indigenous references to fishing gear, deities, day-to-day phrases, the book vividly brings to life the sea, the landscape and the lives of the fisherfolk community in Tuticorin, through its 563 pages.

The novel intimately touches the lives of Kagu, Thokalatha, Gothra, Soosai, Thomanthirai and the finally the indomitable Siluvai and their silent almost sage-like struggle with the sea, amid sweeping changes around them, as India moves from British hands to Independence.

Through the small, hardy community of Parathavars, the author tells the reader about how modernisation, which includes the coming of electricity to the rural hamlets, the advent of trains, changing lives, relationships, social mores and even faith of a small set of people living on the fringes of “civilisation”.

Religion is not something you can really get away with, especially in rural India. In this book, religion has two faces, of deceit — in the way it is practised and imposed — and unquestionable faith.

The book is without a doubt marked by the sheer craft of the author, whose taut lines should tug a sincere reader’s gut, like in the passage below, which describes the situation confronting Siluvai, the last survivor clinging to the wooden log, as he waits on for help mid-sea.

“Having wept and wept, Siluvai felt his heart choke. He could no longer cry. As he had been afloat for a long time, his anus had shrunk and he had lost all thought of passing stools. On account of the raw fish, crab and seaweed he had eaten, his stomach churned violently from time to time. It was to save him that his maama had let himself be sucked into the whirlpool — his heart kept reminding him again and again.

“The log he lay on was partly submerged in water. There was not a shred of cloth on him except his underwear. His hair had turned brown and brittle. The skin over his back was dry, crusted with salt. He was unable to move his head or limbs. He lay unconscious. Was it day? Was it night? He knew nothing. The log was drifting along the neevadu (water current)”.

“Ocean Rimmed World” is not only a lesson on the myriad vagaries of the ocean, but also dealing with change and death.

For the fisherfolk in Tuticorin, like anywhere else in the world, the vast ocean does giveth aplenty, but it also taketh away on a whim. (IANS)