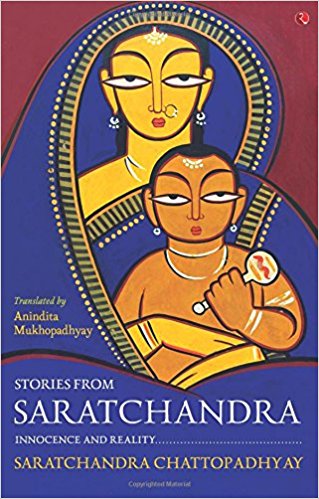 What is it that translations achieve but the original books do not? The reach, perhaps. It is the sheer magic of translations that allows a native speaker of a given language to appreciate the vast landscapes of literature in other languages. Carefully churning out the author’s work while accepting the restrictions of language is the mark of a good translator — and we have an excellent example in a recent English translation of Saratchandra Chattopadhyay’s stories.

The Bengali author, as we know, was an eminent novelist of the early 20th century. Anindita Mukhopadhyay has taken upon herself the onus of translating into English 12 of Saratchandra’s short stories which delve into issues ranging from the innocence of childhood to those concerning society — like casteism and social hierarchy.

The stories have been categorised into two sections to highlight the different experiences that a person goes through in his life and touches upon an array of subjects — social evils, unprivileged communities and classes, rural communities and rustic life, and inter-caste marriages.

His first three stories sees “Laalu” going from prankster to a youngster who refuses to travel on the same road as his peers; later emerging as a daredevil. Next, “The Child Snatchers” is a story where superstition obfuscates the mind and “A Day’s Tale From Some Fifty Years Ago” is about a youth who is travelling the path of future middle-class professional achievement.

The last story in this section, “Childhood Memories”, highlights the tough exterior of the non-conformist rebel to unravel his inner complexities.

In the second section, “The Memories of Deoghar” speaks about the relation of a man with a dog and “Haricharan” reflects on the qualms of an orphan.

After eight stories we have a female protagonist of a low-caste in “Bilasi” and her life after an inter-caste marriage. In “Mohesh” and “Abhaagi’s Heaven”, the plot is of the blinded village communities. “Ekdashi Bairagi” is indicative of the author’s optimism.

Mukhopadhyay has presented the works of Saratchandra Chattopadhyay keeping perfectly alive the pulse and tonality of the conversations of the characters in their original form. She has been careful to ensure that the original meaning of even the smallest word doesn’t get lost in the sea of translation, whether it is Saratchandra’s anecdotal style or with his use of the English phonetic pronunciation.

Saratchandra’s male child protagonists are wayward and there is a constant leitmotif about rebellious boys refusing to be schooled. Significantly, girlhood is conspicuous by its absence. While his stories, in section one, are mostly about the perceptions of childhood, those in the second section are mostly about the deprived communities of society. In a majority of the stories of Saratchandra, his middle-class protagonists are the vectors of social change and quiet rebellion.

A work of translation is critically assessed because, as is widely known, the charm and meaning of the original work undergo a drastic change. However, in this case, the author has intricately gone through the stories so that the meaning doesn’t change after translation. (IANS)