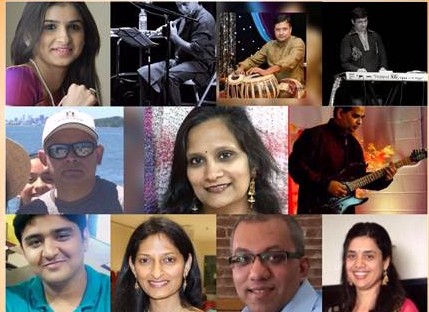 BILLERICA, MA–New England Marathi Mandal, whose mission is to advance and preserve the heritage of Maharashtrian people by organizing various cultural events throughout the year, is organizing its first event of the year on Saturday, Jan. 20 in Billerica, MA.

The NEMM program, which will celebrate Sankrant, will bring “Sur-Kavita’” (सूर-कविता ) and show case from devotional and semi-classical songs to ever Marathi poems by poets like Kusumagraj, Ga.Di.Madgulkar, Vasant Bapat, Shanta Shelke and many more…along with informal discussion about poets, their perception about poems and stories which make these poems even more interesting and memorable.

During this event women would also be able to join in for “Haldi Kunku”, a traditional ritual from Western Indian states of Maharashtra, Gujarat, Rajasthan and Goa.

Program directors are Sarita Deshpande and Priya Vaidya. Here are the details about the event: 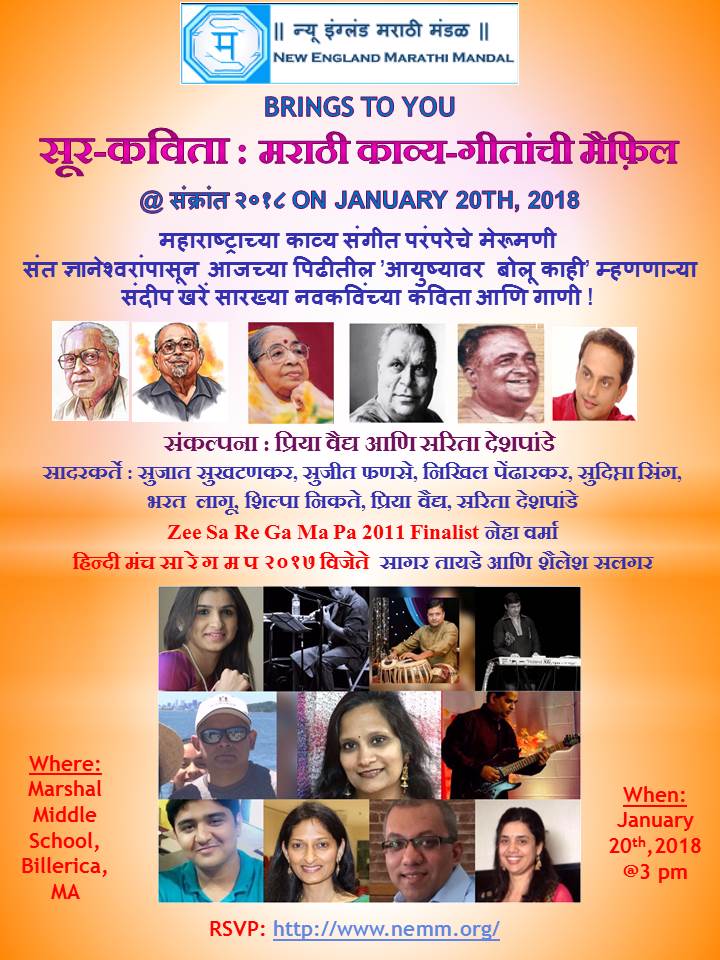