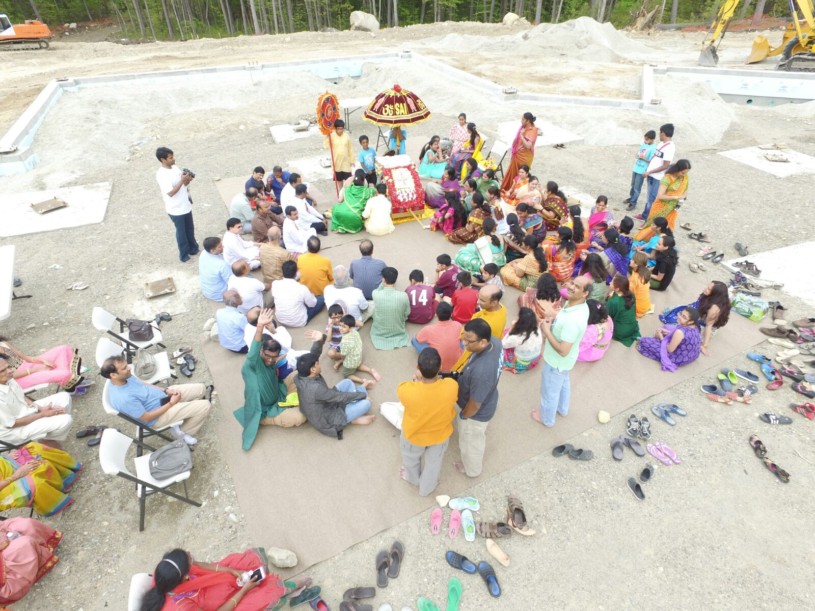 CHELMSFORD, MA– New England Shirdi Sai Parivar, popularly known as NESSP, is kicking off the 12th year of Palkhi Utsav on May 13. Under the program, Sai Baba paduka is carried in a palkhi and brought  to home of devotees  to bless the family with health and wealth.

The Palkhi utsav, which starts on May 13th will conclude on July 8th on Guru poornima day.

During next 7 weekend,  palkhi  procession goes and each day approximately 11 houses and a total of 16 days and around 150 plus houses. Volunteers, priest volunteers, bhajan volunteers join along with baba palkhi and bring the palkhi to devotee homes. At each home, the Palkhi stays for approximately 30-40 minutes and then moves to next house.

About 100 years ago, Sai Baba used to go from Chavadi to Dwarkamayee in Shirdi on alternate nights and accompanied by devotees , this slowly took shape of a divine walk with baba. Now 100 years later , NESSP has started (since 2006) a Sai Palkhi that goes to homes of devotees.

There is no charge for this and all NESSP needs is devotion and love to call Sai to one’s home.