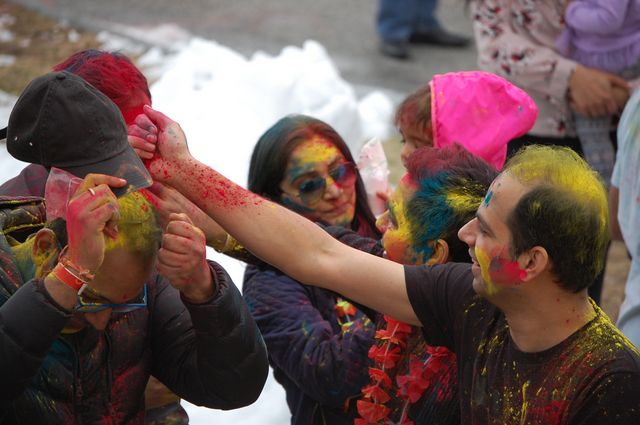 NEWTON, MA—Nearly 400 people attended the festival of colors, known as Holi, at one of the largest Holi events organized by United India Association of New England in Newton, MA. (Photos by Shamila Khetarpal.)

“The event was open to everyone in the Community, and this year, had a record breaking number of participants,” UIANE said in a statement, adding that the turnout was so big that organizers had to include two adjacent ballrooms instead of one.

The event on March 11 began with UIANE Board members greeting guests and welcoming them with festive and colorful silk-flower necklaces and floral hair clips to add to the fun. The crowd then moved from the second ballroom full of kid’s crafts and tables for all the youngsters to dance and play, to the Grand ballroom, where they sang and danced to the beats of DJ Rishi. 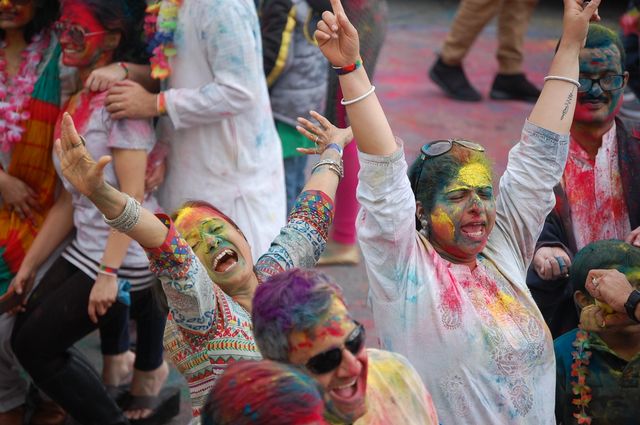 The afternoon was kicked off by a few words of introduction by Rakashi Khetarpal Chand, the President of the UIANE, and Aditi Soni, the Vice President. Mrs. Chand thanked the Executive Committee, Board of Directors and Board of Advisors for their help to make this event possible.

Special Guest Emcee Shalini Kashyap, Mrs. India New England 2017, greeted the crowd and posed for pictures. The crowd then enjoyed two dance performances by local children. The dance floor was then opened for everyone. The DJ played great songs while the live Dhol player got everyone out of their seats and onto the dance floor. Everyone enjoyed great food, great music, great dancing, making new friends and reconnecting with old friends.

The crowd had a great time throwing colors on one another and dancing to the live Dhol!