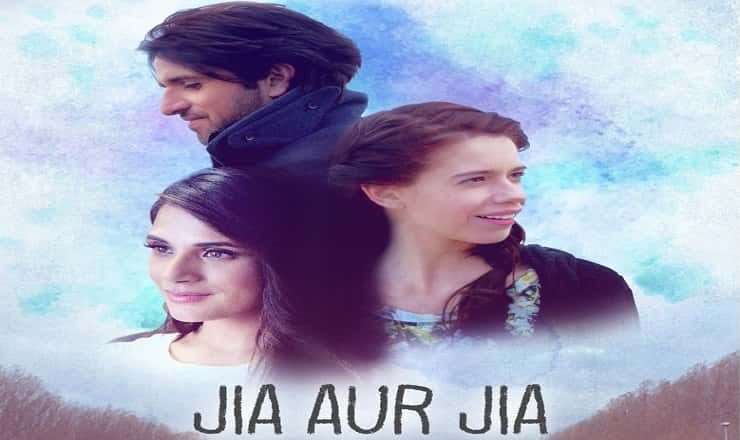 Debutant director Howard Rosemeyer’s film, “Jia Aur Jia” has all the ingredients for a commercial film, but the mix is disproportionate. Between a road-movie and a chick-flick, the narrative traverses a bumpy path with a high dosage of emotional quotient.

The film is promising, but then the promise is shallow and vain. It is a tale of two “Jias” — Jia Grewal (Kalki Koechlin) and Jia Venkatram (Richa Chadha) — and it shows the contrasts in their perception of living their lives. Hence, the title “Jia Aur Jia” could loosely be translated into – ‘live and lived’.

Used as metaphors, the bubbly Jia Grewal and the docile Jia Venkatram are two strangers who land up taking a budget trip inclusive of a road journey to Sweden. To simplify the confusion over their names during the holidays, Jia Grewal decides calling the other “Venkat”, a short of her surname.

The duration of the trip is not revealed, so we are set for a happy-go-merry journey, where predictably the protagonists bond. And while they are bonding, it is revealed that like their characters, both have diametrically opposite objectives for this trip.

Unravelling of their objective is what keeps you glued to your seat, but in a rather tedious manner. That is because the film seems to have been inspired, intentionally or unintentionally, by other films.

Also, the writing is shallow and unconvincing. The plot is wrinkle free, switching moods violently.

The first half meanders aimlessly on an even keel, setting restlessness among the audience whereas the second half hooks you emotionally, albeit scarcely.

The dialogues, infused with filmy references are superficially dramatic making the entire procedure seem staged and unnatural. And the final message is far from being evocative.

While the characters are well-etched, the situations they are in seem to be one-dimensionally written, thereby marring their performances. Kalki’s over-the-top act and Richa’s forcefully understated performance, befit the characters they play. But they certainly seem out of tune with each other making their on-screen chemistry appear abnormal.

In his maiden appearance, Arslan Goni as Vasu is impressive and earnest. He has a fairly amiable screen presence, but his act fizzles out due to the poor writing and handling of his scenes.

On the technical front, with a shoe-string budget, the film has modest production values. The landscapes in Sweden are exploited with flourish but Shakil A. Khan’s camerawork fails to elevate the viewing experience. While his frames are picture perfect, a few of the visuals are heavily pixilated.

The songs and the background score seamlessly mesh with the narrative but they do not add any sparkle.