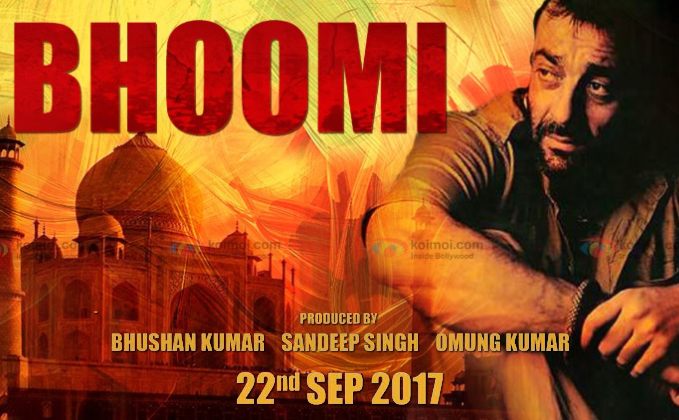 “Bhoomi” seems to be a rehash of a C-grade potboiler of the early 1970s. It is a degenerated rape and revenge drama replete with blase expositions and gory action sequences.

Set in a middle-class milieu in Agra, it is the story of a gang rape survivor, Bhoomi (Aditi Rao Hydari). She is the independent daughter of a shoemaker Arun Sachdev (Sanjay Dutt). Apart from being a professional make-up and mehendi artist, she is a wedding planner. She is in love with Doctor Neeraj (Sidhant Gupta) and is all set to get married to him.

A family friend, the timid Vikas (Puru Chibber), who has a sweetmeat shop in the neighbourhood, is her silent lover. After being spurned earlier, he approaches the local goon Dhauli (Sharad Kelkar) who along with his crony Gulab (Veer Aryan), advises him to rape Bhoomi a day before her marriage.

How the father and daughter take revenge, forms the crux of this tale.

Apart from the ace production qualities that the film boasts of, the writing, credited to co-producer Sandeep Singh and Raaj Shaandilyaa is the weakest. Casual, dramatic and overtly forced, the script is lazily crafted. The plot is laden with formulaic tropes of an oft-seen revenge drama with one-dimensional, stereotypical characters and cliched dialogues.

Sanjay Dutt does not fail his audience. His on screen aura does half his work. He delivers what is expected of him in a perfunctory manner but with panache.

Aditi Rao Hydari as the resilient, stuttering Bhoomi is earnest in her approach but fails to hook you emotionally. Sidhant Gupta in a poorly written character as Bhoomi’s love interest, Neeraj is wasted.

Timid, shy and frightful, Puru Chibber portrays his character Vishal with all sincerity.

Sharad Kelkar as the antagonist Dhauli, is like the run-of-the-mill bad man of Hindi cinema. He adds no nuances to his character and he disappoints, for no fault of his. He is ably supported by the character playing Gulab.

Shekhar Suman as Arun’s friend and drinking partner, has his moments of on screen glory when he attacks Gulab.

The only actor who stands out among the ensemble is Riddhi Sen, the young Bengali actor who plays Jeetu, Bhoomi’s neighbour and a trusted employee. With a wide graph to perform, he is natural and does not disappoint.

The background score and the music which includes a seductive item number performed by the effortless Sunny Leone, is mundane and dismissible.

Overall, this film coming from director Omung Kumar who had earlier given us films like “Mary Kom” and “Sarbjit”, is a big let down. The entire viewing experience is truly repulsive and an eye sore. (IANS)