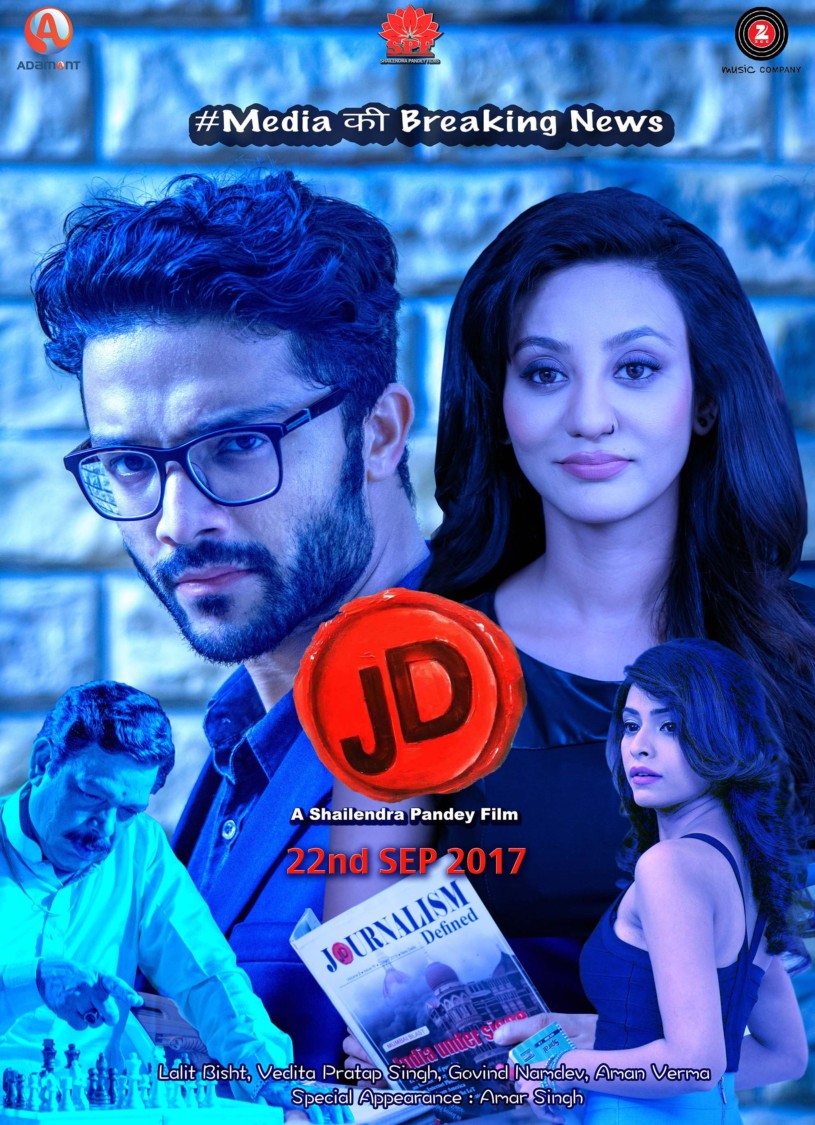 In the very first scene, an editor of a renowned Delhi-based magazine Journalism Defined is accused of raping his colleague in Mumbai. The editor is Jai Dwivedi aka JD (Lalit Bisht) and as the story unfurls, it reveals the rise of the editor JD from a rookie, principled reporter of a non-significant newspaper – Daily News India, based in Lucknow to an eminent, powerful and immoral editor in New Delhi.

The powerful fourth estate is presented through the eyes of JD. The pressures of the journalists and how they are used and abused by politicians forms a major part of the narrative. It does show the dark side of journalism.

While the plot mentions JD to be an ambitious journalist indulging in investigative journalism, his main sources seem to be businessmen and politicians who are crossing and double crossing each other. He realises his position in their eyes when he overhears a businessman say, “Imandaari ke nashe mein duba hua insaan duniya ka bahut bewakoof insaan hai, jaise JD.” This inciting moment, is the turning point in his career. He rushes to his uncle and mentor Dibakar Verma (Govind Namdeo) who is also a politician, who advises him to start his own magazine, which he soon does.

Narrated in a non-liner manner, the plot gets convoluted when JD becomes a victim of his lust. After an affair with his colleague Reeba Noor (Vedita Pratap Singh), he ends up handing over 25 per cent of his share of the publication to her. Soon, Noor becomes a dominating factor, calling the shots in his office.

There are many parallels here that remind you of Tarun Tejpal, the former editor of Tehelka magazine. While the film is not based on him, the events mentioned in the narrative seem to have snatches of local politics and the similarities to Tarun Tejpal’s history are eerily uncanny.

While the performance of every actor is sincere, there are certain scenes that seem staged and dramatically over-the-top.

TV actor Lalit Bisht portrays Jai Dwivedi with style and confidence. He is aptly supported by Vedita Pratap Singh as his colleague Reba Noor, Govind Namdeo as Dibakar Verma, Aman Verma as his lawyer fighting his rape case, Meenakshi in an insignificant role as his wife and the politician Amar Singh in a cameo as the political leader Surendra Singh who is caught up in a political tangle.

On the technical front, with moderate production values, the film manages to exude a fairly appealing look. The sets and locales are bare minimum, yet realistic.

Overall, the film is decently mounted and with the background score and item number inclusive, the film has all the trappings to appeal to B-towners. (IANS)