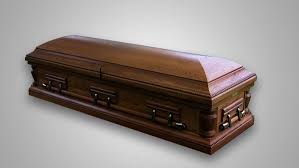 Kolkata– A mentally disabled woman was found living with the decomposed body of his septuagenarian brother in West Bengal’s South 24 Parganas district on Tuesday, police said.

The body was recovered from an apartment in Narendrapur area near south Kolkata, after the flat mates complained of stench smell coming out of the deceased’s flat.

“The decomposed body Anjan Dey (70), a former lawyer was recovered from his flat on the fourth floor of an apartment in Narendrapur. The condition of the body shows that the man might have died at least two to three days back,” an officer from Sonarpur police station said.

Police said the deceased used to live in the flat with his sister Minati Dey, who was mentally disabled. The woman did not inform anybody about his brother’s death or perform his last rites.

“The woman is mentally disabled and physically unfit. She have been living with his brother’s corpse for the last few days. Our officers have interrogated her regarding Dey’s death but she failed to give a satisfactory answer,” the officer said.

Police said there are no external injury marks on the body.

The reason and timing of death can be ascertained after receiving the autopsy report.

The incident is a grim reminder of a 2015 incident in Kolkata’s Robinson Street where a man named Partha De was found living in his house with the skeletons of his sister Debjani and two Labrador dogs.