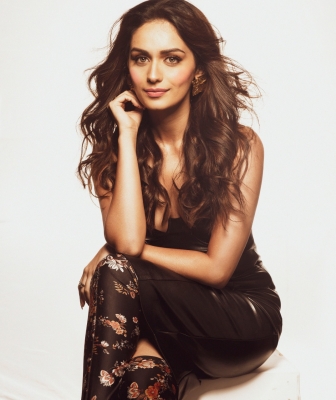 “I’m delighted to be a part of a campaign that aims at propelling women to break barriers and shatter glass ceilings. What I loved about the initiative is that this is essentially a platform to inspire women to be more confident, self-assured and ambitious. I relate to this a lot because it is imperative for us to tell girls to overcome psychological barriers and feel positive about their bodies and celebrate their achievements to foster a really positive attitude towards life.”

The campaign, titled Make A Move, is aimed at inspiring young girls across India to dream big. The campaign will uncover stories of women around the world who go through great lengths to ensure movement remains part of their lives, despite physical, cultural, or psychological barriers. The campaign has roped in young achievers to spearhead the initiative.

Manushi is all set to step into Bollywood with the Akshay Kumar-starrer “Prithviraj”, based on the life of Prithviraj Chauhan. The film is directed by Dr. Chandraprakash Dwivedi, who helmed the television series “Chanakya” and the period drama “Pinjar” in the past. (IANS)