Mumbai– Filmmaker Karan Johar has urged all to go green in his latest post on social media. In an Instagram Story image, Johar poses in a green tie-dye sweatshirt and green sunglasses to put across his message.

The film will mark Johar’s return to big screen direction for the first time since his 2016 release “Ae Dil Hai Mushkil”.

Lucknow– Actress Swara Bhasker on Friday started shooting for her upcoming film Jahaan Chaar Yaar in Lucknow. She shared stills from the first day of shoot on Instagram. 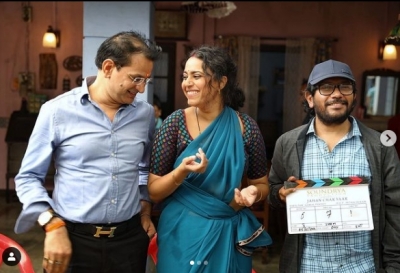 “SO happy to be working with @vinodbachchan Sir again after 11 years of shooting #TanuWedsManu. Co-incidentally in the same city! Started shooting for #JahaanChaarYaar in Lucknow today. Directed by @kamalpandey723 Presented by @soundrya.production,” she wrote, tagging producer Vinod Bachchan.

“Here’s a glimpse from the first day of the shoot. Can’t wait for @shikhatalsania @mehervij786 @poojachopraofficial to join @jahaanchaaryaar shoot!” Swara added.

Jahaan Chaar Yaar narrates the story of four friends trapped in monotony. With grown-up children and distant husbands, their middle class lives have nothing to look forward to, until a getaway to Goa turns into a thrilling roller coaster they never bargained for. A major chunk of the film will also be shot in Goa.

Mohit Chadda: Viewers want global content irrespective of where it is created

Mumbai– Actor Mohit Chadda, who will soon be seen in the thriller, “Flight”, says the audience these days is eager to watch global content irrespective of where and by whom it was created.

“In the past year, we have experienced first hand that the audience has a lot to choose from and have a much greater acceptance of unique ideas. From periodic dramas, mindless rom-coms to suspense-thrillers, the audience is eager to watch the global content irrespective of where and by whom it was created. For independent makers like us, it gives us the courage to think out of the box, and stay true to the content we want to create,” he said.

The actor added: “These times have shown us that content is always king. Flight is a dream come true for the entire team and I hope we get to entertain our audience with fresh stories and innovative concepts in the coming years.”

Mohit’s upcoming film “Flight” showcases the journey of a business tycoon who has to survive deadly obstacles on a plane.

The film is directed by debutant Suraj Joshi and is all set to release on March 19. Mohit stars alongwith Pavan Malhotra, Zakir Hussain, Viveck Vaswani, and Shibani Bedi.

“‘Mission Majnu’ has given me the opportunity of feeling the nervousness, excitement and butterflies of a debutante all over again. I am thrilled to be a part of such amazing content,” she said.

The actress, who was last seen in Telugu films such as “Pogaru” and “Sarileru Neekevvaru”, recently worked in the music video of the new song “Top Tucker”, voiced by Badshah, Yuvan Shankar Raja, Uchana Amit and Jonita Gandhi.

“We welcome Rashmika aboard and we’re glad to have kicked off the Lucknow schedule as planned. I think the audience will be thrilled to watch her debut with an espionage thriller. It is a story set in an era that saw intriguing developments in the world of espionage and Rashmika will lend freshness to the story,” said Ronnie Screwvala, one of the producers of the film.

“Mission Majnu” is written by Parveez Shaikh, Aseem Arrora and Sumit Batheja, and directed by Shantanu Baagchi. The film is produced by Screwvala along with Amar Butala and Garima Mehta.

How Priyanka Chopra inspired Nick Jonas’ single ‘This Is Heaven’

Los Angeles– Singer-actor Nick Jonas has revealed that his latest single, This Is Heaven, was about how he felt after he reunited with wife, actress Priyanka Chopra, when she returned from Germany post her shooting for the upcoming film in The Matrix franchise.

“It was just meant to encapsulate kind of that euphoric feeling of being with your person. For me, it’s obviously a romantic thing, but I think for anybody that listens to this song… it’s really about that feeling of when we’re going to do that first normal thing again, or when we’re going to see that the friends and family we haven’t seen in almost a year or beyond,” Nick said in an interview on SiriusXM Hits.

This is Heaven is the second single on Nick Jonas’ upcoming album, Spaceman, which was released by the 28-year-old last month on Saturday Night Live!

“I think that it’s just that magical connection you’ve got with somebody when it’s right. And it’s been a while, you know, first couple years of a marriage, but I’m very blessed. But so far as it relates to the music and everything, you know, that this project and this whole kind of like the second chapter of this year, starting back in July, just digging into the creative, I think it was just a life source for me to just stay sane and, and kind of keep my head on straight amidst all the craziness,” Jonas added.

Anushka Sen on ‘Crashh’: Can’t wait to be part of season 2

Mumbai– Actress Anushka Sen had a lot of fun shooting for her debut web series “Crashh” and cannot wait for season 2. 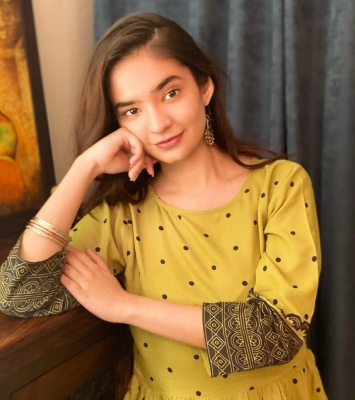 “Crashh is my digital debut, and the response and love I have received for my work are so overwhelmingm:” she says, adding: “The shooting was so much fun that I never felt tired during the whole process. I am so thankful for the love the show and I have received. I can’t wait to do more shows like this one and spread the message of love and family and work with the whole team again. I cannot wait to do a season 2 of the series possibly. Crashh is one of the best projects I have worked on so far,” she says.

The actress plays the role of Alia in the show. The story revolves around four siblings who are separated after they lose their parents in a car crash.

Besides Anushka, the cast includes Zain Imam, Rohan Mehra, Aditi Sharma, Kunj Anand, and others. The series is directed by Kushal Zaveri and is being streamed on ALTBalaji (IANS)