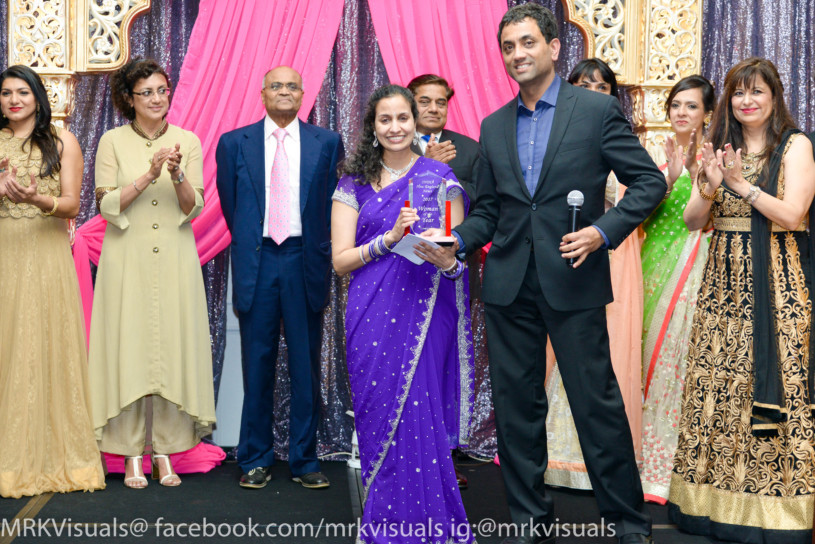 BURLINGTON, MA—An independent panel of seven judges named Manisha Bhatta Woman of the Year 2017 for demonstrating how law can be used to create “hope and spirit to elevate all of us” at the 15th Annual Woman of the Year Awards gala on Friday at Burlington Marriott Hotel in Burlington, MA. About 500 people, including entrepreneurs, philanthropists, social activists and community leaders attended the ceremony.

“WOY 2017 was about identifying a true leader that is not only exemplary in her profession but also someone who creates a broad community impact through service and giving,” Moghe said. “The 2017 slate of nominees were exceptional and diverse – across professions that ranged from entrepreneurship, venture capital, management consulting, art, theater, academia, media, dance, government, and community service.” 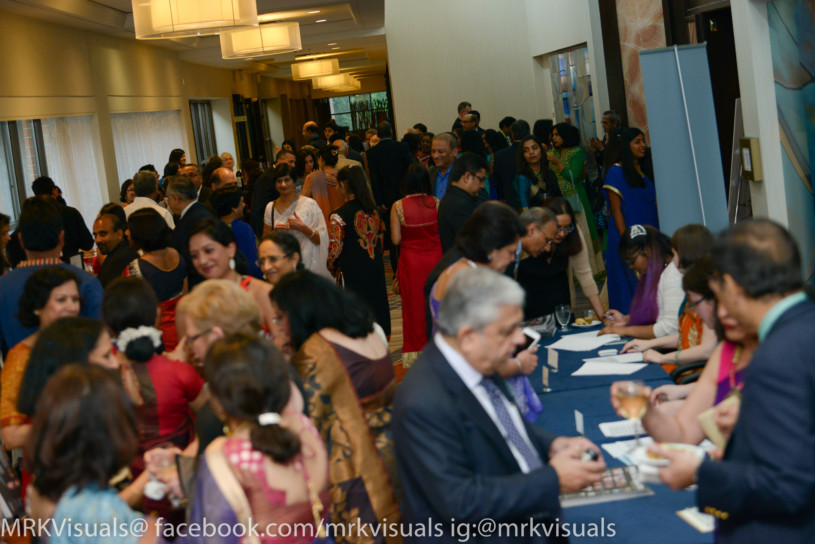 “Manisha Bhatt was fittingly chosen as Woman of the Year as she has demonstrated her commitment to community service wholeheartedly for South Asian and main stream American members while proficiently advancing her career to be the best in her field,” said judging committee member  Shah.

Aravind, another member of the judging committee, said the concept of recognizing the smart, talented and compassionate women in the community is truly a remarkable one.

“It was very inspiring to see so much brilliance under one roof. The team had done an outstanding job planning the event, thinking through the littlest of details and meticulously executing it,” said Aravind. “I was a newbie to this event and now am looking forward to their future events.”

The duo of Mandy Pant and Jharna Madan served as the emcees of the15th Annual Woman of the Year Awards gala. Dr. Manju Sheth, hostess of the INDIA New England News’s Chai With Manju celebrity interview series, was the hostess of the evening.

Robin Chase, co-founder and former CEO of Zipcar, the largest car-sharing company in the world, and author, was the chief guest and keynote speaker.  Genevieve Nadeau, Chief of the Civil Rights Division in the Office of Massachusetts Attorney General Maura Healey, will the Guest of Honor.

Veteran Bharat Natyam dancer Jothi Raghavan presented an empowering “Treat Me as I am…I am Woman” dance during the award ceremony. Two of New England’s talented singers—Sowmya Shri  and Nidhi Tare—will sing at the Woman of the Year Awards gala.

Dr. Shashikala Dwarkanath, MD, the person behind Chinmaya Mission Boston, one of New England’s largest spiritual centers, which has played a vital role in the lives of thousands of people in the area—received this year’s Lifetime Achievement Award.

In addition, the following women were honored with various awards at the gala.

Jayanti Bandyopadhyay: Passion for Theater and the Arts Award

Gretchen Hayden: Award of Excellence for Dedication to Kathak Dance

Asmita Khanolkar: Award for Promoting STEM and Women in Engineering

Dhanashree Ramachandran: Award for the Advancement of Meditation and the Art of Living