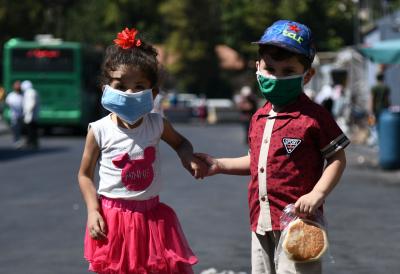 New Delhi– Long Covid may be responsible for the global acute hepatitis in kids that has so far no known cause, suggests a study.

According to the World Health Organisation (WHO), the mysterious case of acute hepatitis in kids has infected over 700 children in 34 countries and has also claimed 10 lives.

First reported in the UK in April, the cause behind the liver disease remains unknown. So far, the five viruses – A, B, C, D and E – that commonly cause hepatitis have not been detected in any of these cases.

Initially, adenovirus – a common family of infections responsible for illnesses from colds to eye infections – was suspected to be causing the condition. But adenovirus 41 was ruled out as the culprit because it has never been known to cause hepatitis in children who do not have weakened immune systems.

The new study, published in the Journal of Paediatric Gastroenterology and Nutrition, suggests some children might develop liver inflammation in the weeks after recovering from a mild Covid-19 infection.

The study, led by Israeli researchers including from the Tel Aviv University, reported five paediatric patients who recovered from Covid-19 and later presented with liver injury.

“Their liver explant showed massive necrosis with cholangiolar proliferation and lymphocytic infiltrate,” the researchers wrote in the paper.

Further, three children – two of them aged 8 years and one aged 13 years – presented with hepatitis with cholestasis, a type of liver disease.

All three were started on steroid treatment, after which their liver enzymes improved, the team said.

According to the team, liver injury has been commonly recorded in adult patients with severe Covid infections. They noted that children can be affected with multisystem inflammatory syndrome (MIS-C) as a result of Covid-19, which can injure the liver.

Post-Covid liver injuries have been increasingly reported among adults as well.

The first study led by a team at the Bundelkhand Medical College (BMC) in Madhya Pradesh and the Post Graduate Institute of Medical Research in Chandigarh examined 475 children who tested positive for Covid in April 2021.

The findings posted on a preprint server, meaning not peer-reviewed yet, showed that 37 children (about 8 per cent) had Covid Acquired Hepatitis (CAH).

The second study, published in the Journal of Paediatric Gastroenterology and Nutrition, observed a previously healthy three-year-old girl who developed acute liver failure a few weeks after recovering from a mild Covid infection.

Hepatitis is an inflammation and damage of the liver that affects a variety of body functions. It can be detected by the onset of jaundice (yellow eyes), dark urine and/or pale stool. (IANS)