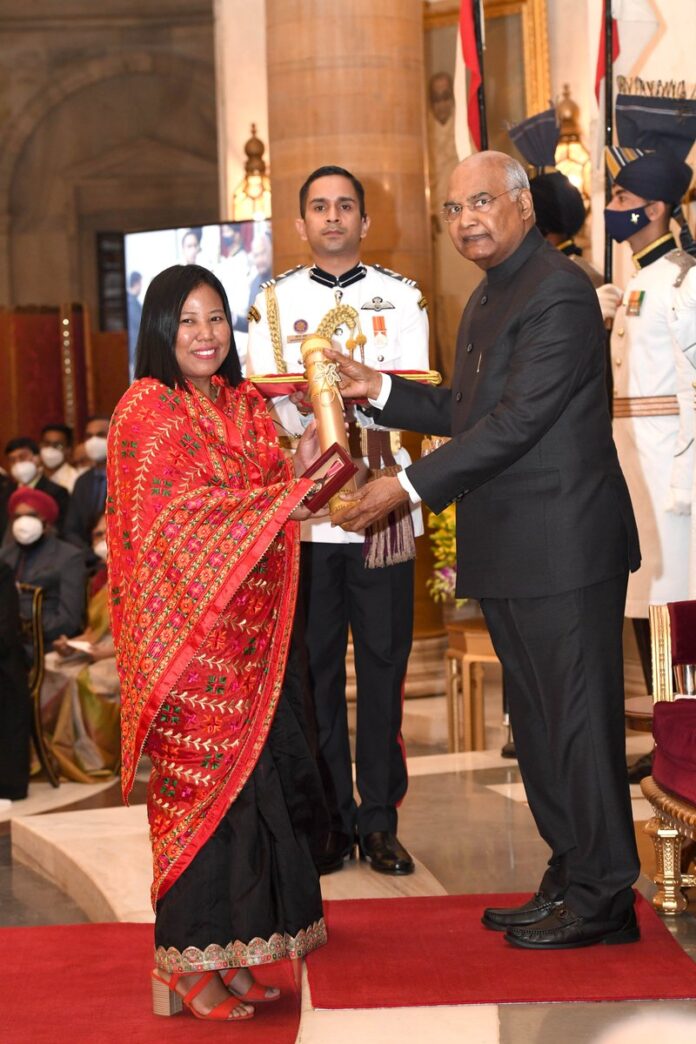 New Delhi– A man who cures elephants, a fruit seller who built a school, a former revenue officer who started libraries for tribal children, and a botanist who translated a 17th century Latin botanical treatise are among the lesser-known Padma Shri awardees for the 2020.

President Ram Nath Kovind presented them the awards at the civil investiture ceremony at Rashtrapati Bhavan on Monday.

Himmatram Bhambhu from Rajasthan’s Nagaur district has not just raised a forest with 11,000 trees on 25 bigha land in a village near Nagaur but has planted more than five lakh trees in five years. His fights for saving the environment includes taking cudgels on behalf of the wild animals against hunters and poachers and being more vigilant than the Forest Department.

No wonder, the local environment hero, Bhambhu was recipient of what is now called the ‘People’s Padma”. Bhambhu was one of the 60 people who received Padma Shri award for 2020 on Monday from the President.

But he is not the only lesser known person in the list.

Clad in a simple white cotton shirt and a dhoti, when Harekala Hajabba from Mangalore in Karnataka walked to receive the Padma Shri award at the august assembly in Rashtrapati Bhavan, the audience erupted in little louder claps for him than others.

After all, not every day you meet a humble fruit seller with megre earnings who has spent his life earnings to build a school for the children of his village that did not have one.

His ‘Gaon Chhodab Nahi’ song from the last decade made him famous in the development sector but for the 1948-born folk-singer Madhu Mansuri Hasmukh from Jharkhand, keeping the flame alive for traditional songs from his region, earned him the prestigious award.

Another Padma Shri awardee Professor K.S. Manilal is a name to reckon with in the field of botany but not for the masses. The award recognises his tremendous work as a botanist and taxonomist, for his research, translation and annotation of Hendrik van Rheede’s 17th century Latin botanical treatise documenting extensive details of Kerala’s 700 indigenous plants and discovery of 14 species along with his students.

And then there is the terracotta artist V.K. Munusamy from Villianur village, near Puducherry, who is known not just for making miniatures as small as 1.5 inches and dramatic life-size terracotta statues but also training scores of others to earn livelihood.

Similar is the case of fish farmer Bata Krishna Sahoo, who received Padma Shri for animal husbandry. He has, from his own pockets, trained several college students and farmers in spawn production (eggs of aquatic animals) by traditional breeding methods.

The list of lesser known awardees will be incomplete without the ‘Elephant Man of India’ or the ‘elephant surgeon’ Dr Kushal Konwar Sarma, a veterinarian and Professor of Surgery and Radiology at the College of Veterinary Science in Assam. For more than a decade, he has treated 600 plus elephants and saved 140 rogue bull elephants. (IANS)