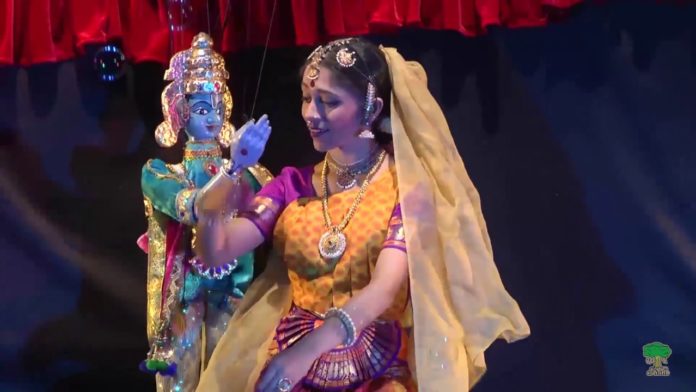 ANDOVER, MA–Kalidas’s musical dance drama “Malavikagnimitram” will be staged on Aug. 24 at Chinmaya Mission Boston in Andover, MA. Organized by Vishwa Hindu Parishad of America (VHPA), the event will raise funds for Support a Child, a flagship project of VHPA.

Malavikagnimitram was written by none other than the classical Sanskrit poet and dramatist Mahakavi Kalidas, one of the best playwrights that India has produced (dated 4th–5th century CE).

“Being performed for the very first time in America, this is an immersion in a treasure trove of varied emotions and experiences that the world renowned artist and master storyteller, Anupama Hoskere creates for children of all ages, both Indian and American,” organizers said in a statement. “Not to be missed, there is literally no substitute for the live experience and aura so masterfully created in the auditorium which a video is unlikely to recreate with any authenticity.” 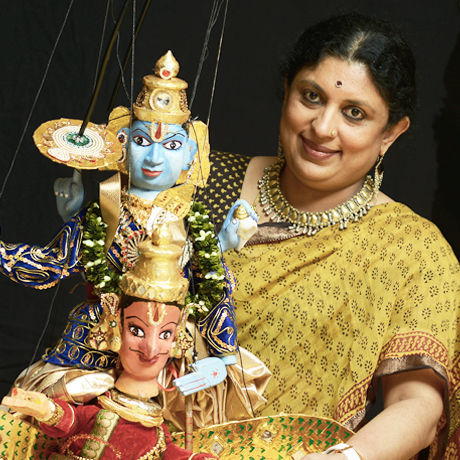 There is a second layer of uniqueness added when the story is being told through the lens of the “Ancient Art of Puppetry,” organizers said in a statement.

This performing art form is mentioned in the history book of the Mahabharat as well as found in Tamil literature and in Sangam era. And as a further surprise, a third layer of uniqueness is added when the enactment intertwines intricately designed puppets with a human dancer.

“In fact, it is a beautiful fusion of puppets and humans that brings the classical story to life in a remarkable way. Being performed for the very first time in America, this is an immersion in a treasure trove of varied emotions and experiences that the world renowned artist and master storyteller, Anupama Hoskere creates for children of all ages, both Indian and American. Not to be missed, there is literally no substitute for the live experience and aura so masterfully created in the auditorium which a video is unlikely to recreate with any authenticity.

To get an early bird discount (ends July 31) and to register for the show, please visit:

Ticket prices are as follows with bulk discount of 10% for buying 8 or more tickets:

Dinner will be available at the event. If you buy your dinner ticket in advance, the price is $10. Later the price will go up.

For those who let VHPA know in advance about their intention to support a child, a complimentary general admission ticket will be made available.

Support a Child (SAC) program is a flagship project of VHPA. Since its inception in 1985, the program has helped to provide a good education, housing, nutritious food, and health care to orphan and poverty-stricken children. As a result, thousands of young lives have been changed dramatically for the better with a large number of students successfully completing high school to pursue higher education. Given this opportunity, many of these children are now productive citizens working as teachers, engineers, doctors, and in other professions. In 2018, the support of the community enabled SAC to fund more than 2000 children. The children assisted are located all over India.

Support A Child is a non-profit organization with IRS tax exemption ID number 51-0156325.

A dollar given here goes a long way in India. A $250 tax deductible contribution, less than $1 a day, provides education, housing, and health care for a child for an entire year. The donor gets personal information about the child along with a photograph and a progress report. In case interested, the donor may establish personal rapport and mentor the child and we encourage it. It takes anywhere from 2 to 6 months to get detailed information about the supported child to the donor. The donor is encouraged and welcome to write to and visit the supported child which adds another dimension to the relationship. A contributor may stipulate state specific location in choice of supported child. A sincere effort is made to fulfill this request. Children are normally selected by SAC volunteers from the existing list of schools and hostels run by partner organizations.

Puppetry is not a mere performance for entertainment but a sacred art form to be honored and cherished for its ability to communicate both the obvious and subtle universal truths to the audience. Produced by Anupama Hoskere and Dhatu Puppet Theater, Ms. Hoskere speaks of two kinds of learning, one vocational to help with making a living and the other internal, aiding in removing the poverty of the mind. She says that in the Indian spiritual science, great research was done and sutras akin to mathematical tables created which were used in the performing arts to bring a person to a state of happiness where one transcends the mind and the ego. She equates the puppetry to a journey undertaken using simple mundane stories where persons of all ages can relate at different levels to purify the mind.

The puppet show will start with a short pooja (4 to 5 minutes) or purva ranga vidhi to remove the negative energies from the hall and the stage and to promote positive energies to uplift both the audience and the performers. There is a procession from the entrance of the hallway to the stage where the audience may participate and are encouraged to wear traditional Indian clothing to avoid awkwardness. The spectators are asked to be seated on time without attendees trying to locate their seats in the middle of the procession taking away from the solemnity of the occasion.

This is again not just any puppet show. This art form has evolved to include a live dancer, Malavika performing alongside the puppet theater. Not to be missed, all are encouraged to attend and experience the beauty of this Indian performing art form to uplift all.

VHP of America is a national organization which has among its objectives to unite Hindus by instilling in them devotion to the Hindu way of life, to cultivate self-respect and respect for all people, and to establish contacts with Hindus all over the world. For more information visit http://www.vhp-america.org/