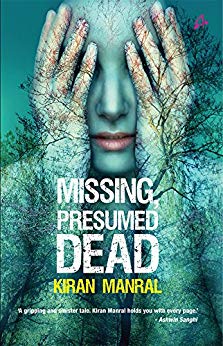 With all the duplicity, self-interest, hidden motives and betrayals — both big and small — we face in our lives, the thin line separating us from insanity can be closer than we know, and may not need a chemical imbalance or genetic inheritance to cross. And once transgressed, the fallout may rarely remain confined to the victim.

Given the complex set of relations — family, friendly and professional — our contemporary selves have, the consequences of psychological disorders may spread their disruptive ripples much further than we can imagine: Among those waiting to derive benefit from it, and those whose entire world unravels irredeemably.

These are motifs that form the unsettling backdrop of the latest novel by the irrepressibly imaginative Kiran Manral, who, after the urban second-chance romance of “Saving Maya”, returns to the familiar geographical setting of isolated and subtly menacing mountains, where majestic nature frequently has a hostile side.

In her second foray into “Himalayan Gothic” after dealing with it masterfully in “The Face at the Window” (2016) about an old widow, Manral now shows us the slow dissolution of a dysfunctional relationship on a bigger family, through the perspective of beauteous but fragile Aisha Thakur, whose life has long been in turmoil.

Not only has her marriage been reduced to a sham despite two children, she has reasons to suspects her husband Prithvi, who remains at work as much as he can, has designs on her ancestral property — and the demons that plagued her mother seem to be firmly entrenched in her mind too.

And then one rainy afternoon, comes an unexpected visitor who shakes her already unstable world beyond measure. A woman, who seems eerily familiar, turns up at her doorstep of their rather isolated house and announces that she is Heer, her half-sister — the daughter of the woman for whom her father had abandoned them years back.

Despite her reluctance, Aisha yields to her unspoken entreaties and allows her in, though her children, who soon return from school, are curious about the guest. And then a chain of environmental causes, her children’s impetuous actions and a certain disinclination to send off a guest — no matter how unwelcome — into treacherous weather, leaves her no alternative but to allow her newly-found sibling to stay on. The stay becomes a bit indefinite.

And then Aisha goes on an errand into the town, but the hostile weather makes her unable to return home. Rather fortuitously, she meets a rather helpful and handsome stranger and they enjoy some days of bliss before ulterior motives and real intentions bring her down in a resounding crash.

As her family comes to know she has committed suicide, the dislocation is minimised as Heer steps into her role, including in Prithvi’s bed, and soon takes over his life, even convincing him to send the children to boarding school.

What does Heer want and what has happened to Aisha — with her son insisting she is not dead — are questions dealt with in the second part of this engrossing but disturbing story as Manral deftly turns the narrative from her female protagonist to the male to show how mental illness — and the lack of trust and the vulnerabilities it engenders — may send even the sane into an equally lethal labyrinth.

In one way, the book seems as a conspiracy thriller down to its rather shocking but unresolved end — but like life mostly is, the versatile author, who has everything from frothy romances to spine-chillers, gives it a wider canvas.

This she manages in everything from lifestyles of dissolute landlords of yore, some evocative descriptions of paranoia, some steamy sex, and some vivid descriptions of characters who show they are not what they seem, and the rather oleaginous police inspector and the sceptical lawyer with his unpalatable life lessons lend heft.

And the “50 Shades of Grey” and Harry Potter references are an inspired touch.

But overall, what marks Manral’s work is her judicious handling of a key issue, without taking sides, while focussing on how identity, trust and support are key to relationships, not lust or benefits. (IANS)