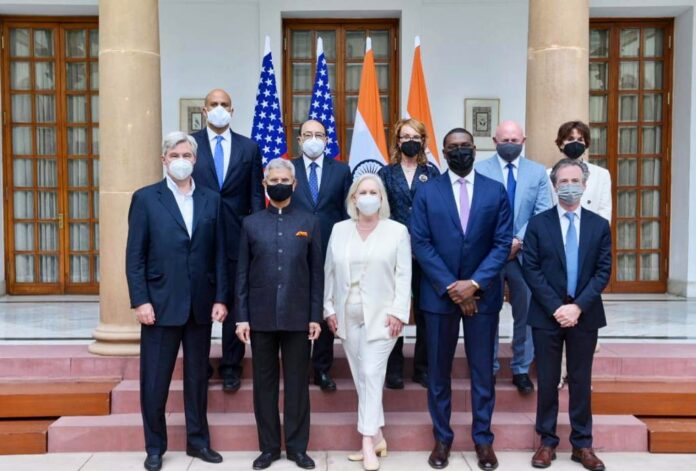 During the meeting, both sides held a detailed exchange of views on Ukraine, Afghanistan, South Asia as well as bilateral relations.

After the meeting, Jaishankar said that he apprised them of various dimensions of India’s development and progress.

Amid ongoing Russia-Ukraine war, the US Democratic Party lawmakers have been visiting India to convince New Delhi to wholeheartedly support the sanctions against Russia announced by the West.

On April 14, three US Congressmen, led by Adam Smith, met Foreign Secretary Harsh Vardhan Shringla besides other officials during their visit to India.

Smith, the Chairman of US House Committee on Armed Services, was accompanied by Congressman Austin Scott and Congresswoman Chrissy Houlahan.

On April 11, US Secretary of State Antony Blinken hosted Jaishankar, and Secretary of Defence Lloyd Austin met Indian Defence Minister Rajnath Singh at the Pentagon on the fourth US-India 2+2 Ministerial Dialogue at Washington and both sides have discussed the situations arising after the Russia-Ukraine war. (IANS)