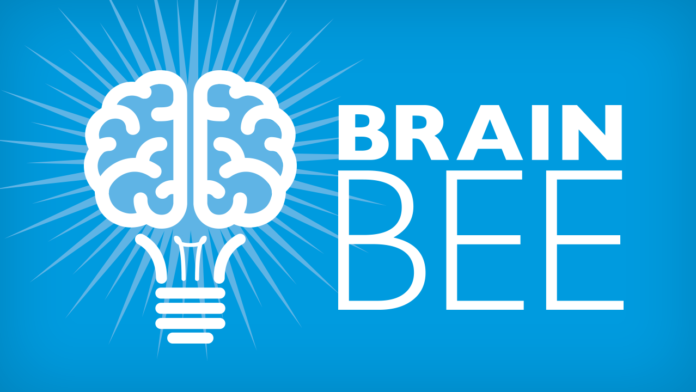 WASHINGTON, DC–Future neuroscientists from 31 countries competed in the World Championship of the International Brain Bee (IBB). Rahil Patel from Pennsylvania took first place for 2020. Yashwanth Gokarakonda from Arkansas took fourth place for 2021. Both years were included because the 2020 competition was postponed.

The IBB is a neuroscience competition for young students between 13 to 19 years old. Its purpose is to inspire them to learn about the human brain, apply neuroscience to their daily lives, and motivate them to enter careers in the basic and clinical neurosciences. We need bright young men and women to help treat and find cures for the neurological and psychological disorders affecting millions of people around the world.

Rahil Patel, the 2020 First Place Winner, won the opportunity to represent the United States by first winning his local Philadelphia Brain Bee Chapter competition, and then the United States National Championship. He is an eleventh-grade student at Upper Merion Area High School. His passion for neuroscience includes the practical and ethical dimensions of the field, and the complex aspects of the nervous system such as consciousness. Rahil hopes to study the field of neuroscience more in the future and apply his knowledge. He is member of his track team and helps to organize food drives for the poor. Second place went to Malaysia, and third place went to Australia.

Yashwanth Gokarakonda, the 2021 fourth place winner, is a 12th grade student from Little Rock Central High School in Arkansas. He won the right to represent the USA by beating chapter winners from 35 other cities in the USA Nationals. He is passionate about neuroscience because of its wide reaching potential in today’s society and its countless applications. He is a hospital volunteer and Eagle Scout. He raises awareness for stroke through his non-profit, Students Against Stroke. He has thoroughly enjoyed participating in the Brain Bee, and looks forward to using his knowledge to help people suffering from neurological problems. The 2021 first, second and third place winners came from Ukraine, Malaysia, and Canada respectively.

Dr. Norbert Myslinski of The University of Maryland, Department of Neural and Pain Sciences in Baltimore, founded the IBB in 1998. He says the IBB “Builds better brains to fight brain disorders.” In 2018, the IBB was incorporated under the leadership of the Dana Foundation, the Society for Neuroscience, the American Psychological Association, the Federation of European Neuroscience Societies, and the International Brain Research Organization. A new partner is The Alzheimer’s Association.

The Brain Bee competition has three tiers. Worldwide there are about 250 local Chapter competitions, each one involving many schools. The winners of those then compete in their respective national championships. The national champions from about 50 nations are then invited to represent their countries in the World Championship. They are tested on their knowledge of the human brain including such topics as intelligence, emotions, memory, sleep, vision, hearing, sensation, Alzheimer’s disease, Parkinson’s disease, schizophrenia, addictions and brain research.