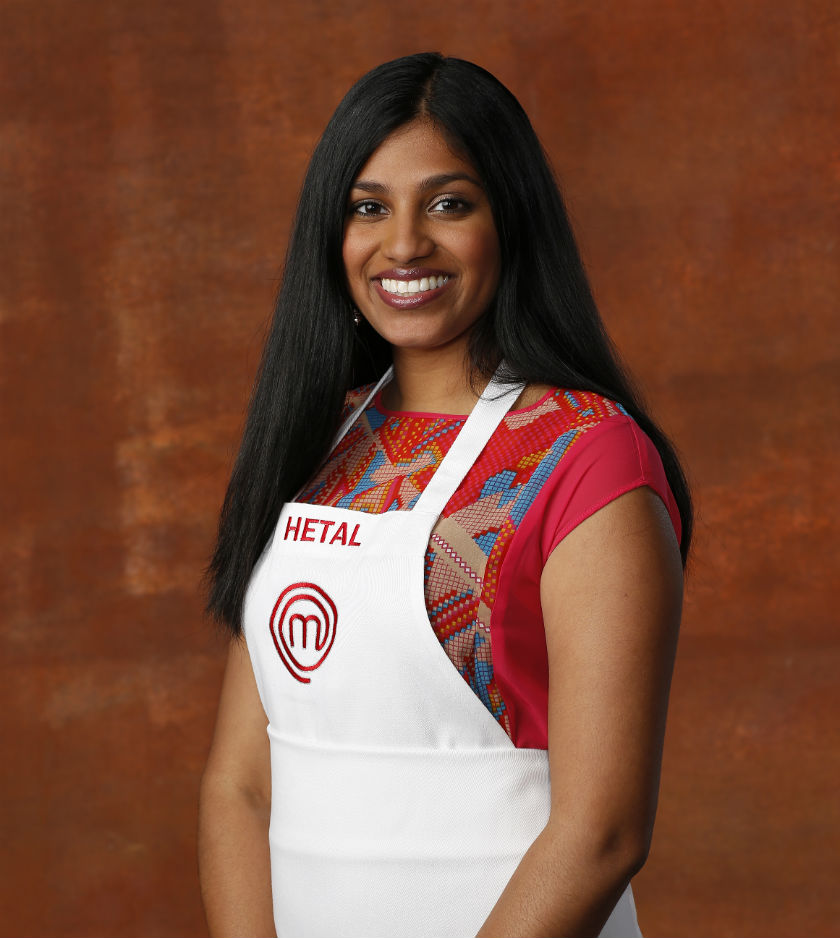 New Delhi– In the US, she is ‘the Indian girl from Masterchef’! Indian American chef Hetal Vasavada, who has been treating her foreign friends on the reality TV show with khichdi and coconut curry soup, says food from her native Gujarat — also the home of Indian Prime Minister Narendra Modi — is neglected in the west. She hopes to bring the cuisine in limelight in the most “traditional” way.

Vasavada, 28, who was one of the top six finalists of the last season of Star World show “MasterChef US”, said that most people in the west think that Gujarati food is all about dollops of sugar. But she wants to dispel the notion as she feels regional cuisine is an answer to foreigners who think Indian food is “heavy” and “creamy”.

“I think Gujarati food is neglected a lot, especially in restaurants in the US. There are south Indian restaurants with dosa, and then there are Punjabi restaurants. A lot of people think that Gujarati food is just lots of sugar… But it’s not. It is definitely healthy and very tasty,” Vasavada told IANS over the phone from Bloomsfied in New Jersey, where she stays.

There are other things to Vasavada’s stride – be it being the first Indian vegetarian to be a part of the foreign show or be it popularising the sombre Indian khichdi. Now, she wants to do more to widen the perception about Indian food in the west.

“The first way I did it was on ‘Masterchef’ when I made khichdi, and then I made other authentic dishes. But I think that the best way to introduce (the cuisine) is to make it in a traditional way and show people what Gujarati food is, especially to some westerners who say that ‘I don’t want to have Indian food because it is very heavy, so creamy.

“Gujarati food is for them. It can be very light. It is Indian food, but a different kind of Indian food,” she said.

Vasavada is happy about the growing interest around Indian food on foreign shores, as she shares that now people are willing to experiment beyond the butter-chicken and chicken tikka.

“I think a lot of people are venturing out and trying new food and different versions. There are two reasons why Indian food is becoming famous — because of different spices, and because people are ready to try different food.

“When I was younger there were not many ethnic restaurants in America, but now Indian restaurants are only 30 minutes driving distance,” she said.

Vasavada left behind the business world to pursue her dream in the culinary world. She was a business developer at a tech start-up and, post her “Masterchef US” stint, is now treading the path of a “food consultant”.

“You get recognised at so many places and people say ‘Oh, you are the Indian girl from Masterchef’. Post the show, things have been wonderful because I get to pursue my passion as my career,” said Vasavada, who is pregnant with her first child and hopes to pen a cookery book post delivery.

Asked if hailing from the same state as Modi gets her more attention, she said that “a lot of time when I say I’m from Gujarat in India, people get excited and say ‘Oh… like the prime minister!’ And it does feel good”.