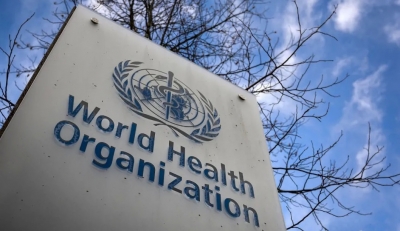 Geneva– While the Covid-19 pandemic led to disruptions in prevention campaigns against malaria, India — one of the highest burden countries globally — reported a reduction in the malaria burden between 2019 and 2020, according to the World Health Organization’s (WHO) latest World malaria report.

However, the rate of reduction was lower than it had been before the pandemic, the WHO report showed.

India is among 11 countries — Burkina Faso, Cameroon, the Democratic Republic of the Congo, Ghana, Mali, Mozambique, the Niger, Nigeria, Uganda and the United Republic of Tanzania — that account for 70 per cent of the global estimated case burden and 71 per cent of global estimated deaths. Except India, all others reported increases in cases and deaths.

The WHO report noted that India accounted for 83 per cent of cases and 82 per cent of all malaria deaths in 2020 in the WHO South-East Asia Region.

The report also revealed that the Covid pandemic has disrupted malaria services, leading to a marked increase in cases and deaths globally.

Approximately two-thirds of these additional deaths (47,000) were linked to disruptions in the provision of malaria prevention, diagnosis and treatment during the pandemic.

While the situation could have been far worse, but many countries took urgent action to shore up their malaria programmes, averting this worst case scenario, the WHO said.

Moreover, the pandemic struck at a point when global progress against malaria had already plateaued. By around 2017, there were signs that the phenomenal gains made since 2000 — including a 27 per cent reduction in global malaria case incidence and a nearly 51 per cent reduction in the malaria mortality rate — were stalling.

“Even before the Covid-19 pandemic struck, global gains against malaria had levelled off,” said Dr Tedros Adhanom Ghebreyesus, WHO Director-General, in a statement.

“Thanks to the hard work of public health agencies in malaria-affected countries, the worst projections of Covid’s impact have not come to pass. Now, we need to harness that same energy and commitment to reverse the setbacks caused by the pandemic and step up the pace of progress against this disease,” he added.

Despite the challenges imposed by Covid-19, about three-quarters (72 per cent) of insecticide-treated mosquito nets had been distributed in malaria-endemic countries as planned by the end of 2020.

But India lagged in delivering insecticide-treated mosquito nets as well as in other campaigns, the report said.

On the other hand, China and El Salvador were certified by WHO as malaria-free in 2021, and the Islamic Republic of Iran attained three consecutive years of zero indigenous cases in 2020.