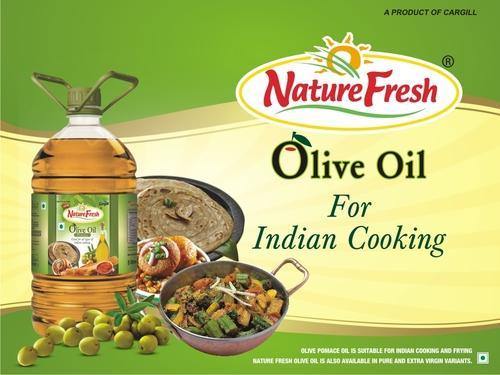 New Delhi–The health ministry has proposed sweeping changes in the law to restrict the use of terms like “fresh”, “natural”, “traditional” and “original” in advertisements for food products.

For instance, the draft Food Safety and Standards (Advertisement and Claims) Regulation lays down that the term “fresh” can only be applied to products which have not been processed in any manner except washed, peeled, chilled, trimmed and put through other processing necessary for making it safe for consumption, without altering its basic characteristics.

The draft, prepared by the Food Safety and Security Authority of India (FSSAI), also clearly mentions that “fresh” or “freshly” shall have no other connotation than the immediacy of the action being described.

“A food containing additives and/or subjected to packaging, storing or any other supply chain processes that control freshness shall not be termed as “freshly stored” or “freshly packed”.

The draft, which is with IANS, also seeks to restrict the use of the word “natural” to only food derived from a recognised source such as a plant, animal, micro-organism or mineral and to which nothing has been added.

Such products should only have been subjected to processing that would render it suitable for human consumption like smoking without chemicals, cooking processes such as roasting, blanching and dehydration, freezing, concentration, pasteurisation, and sterilisation. The packaging should be done without chemicals and preservatives.

“Natural” can also not be used for compound food products, which may be described as “made from natural ingredients”.

“Compound foods shall not themselves be described directly or by implication as natural but such foods may be described as ‘made from natural ingredients’. This will also apply to words such as ‘real’ and ‘genuine’, when used in place of ‘natural’ in such a way as to imply similar benefits. Provided however, claims such as ‘natural goodness’, ‘naturally better’ and ‘nature’s way’ shall not be used,” says the draft proposal, which has now called for suggestions from stakeholders before it is finalised.

It says that term “traditional” can only be used to describe a recipe, fundamental formulation or processing method for a product that has existed for a significant period running over generations and should have been available substantially unchanged over time.

“The term ‘original’ shall only be used to describe a food that is made to a formulation, the origin of which can be traced, and that has remained essentially unchanged over time. It should not contain replacements for major ingredients. It may similarly be used to describe a process, provided it is the process first used in the making of the food, and which has remained essentially unchanged over time, although it may be mass-produced,” the draft says.

The draft, which has five schedules clearly mentioning the restrictions, also deals with the health claims of products.

“Health claims for fortified food articles should be like Vitamin A for helping in preventing night blindness, Iron for fighting anaemia, Iodine required for normal growth, thyroid and brain function. Thiamine is required for normal nerve and heart function,” says the draft, adding “a statement that in order to obtain the claimed benefits, the daily intake of the nutrient/ingredient (for example 3g beta-glucan) should be taken from either the same food or any other food that provides the nutrient/ingredient containing the beneficial nutrient/ingredient”.

The draft says that the claim that a food has certain nutritional or health attributes shall be scientifically substantiated by validated methods of quantifying the ingredient or substance that is the basis for the claim.

“All disclaimers related to a claim shall appear in the same field of vision. No claim or promotion of sale, supply, use and consumption of articles of foods shall be made using FSSAI logo and license number. Advertisements shall also not undermine the importance of healthy lifestyles,” the draft says.