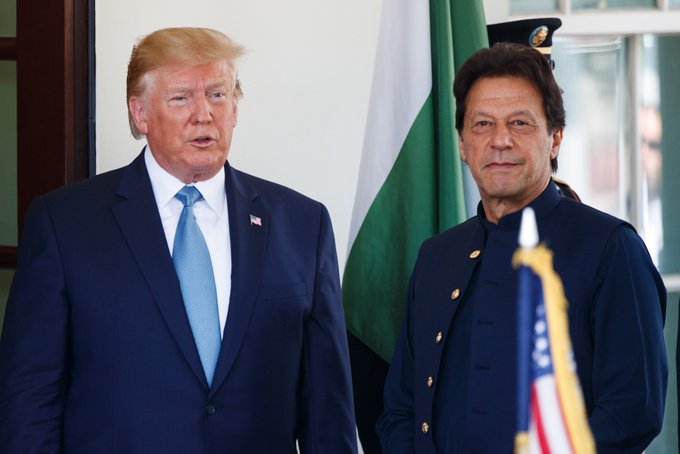 New York–Pakistan Prime Minister Imran Khan on Monday said India is refusing to talk to Islamabad on Kashmir and that his country looks towards the US as the most powerful nation “to put out flames in the world”.

“And, you know, you very kindly want to mediate this and you also said that to do both, first India and Pakistan has to agree to mediation.

“But, unfortunately, India is refusing to talk to us. So, in this situation, I feel that this is the beginning of a crisis. I honestly feel that this crisis is going to get much bigger – what is happening in Kashmir. So we would like to talk about that later.

“But just the fact that the position of the United States – it’s the most powerful country. It can affect the United Nations Security Council. It has a voice. So we look to the US to put out flames in the world.”

Trump dodged the issue, saying that there were many countries wanting to meet him during the three days of the UN General Assembly here, but he especially wanted to meet Imran Khan.

“One of the countries I wanted to meet with was Pakistan and your Prime Minister. And it’s an honour to be here with you.” (IANS)