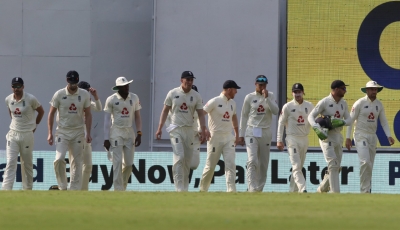 The uncertainty of the game of cricket is what makes it exciting to watch. The Indian team, especially after its superlative performances in Australia, was earmarked to defeat England easily at home. The success that India have had on their shores made them odds on favourites. Therefore, the defeat against England in the first Test match came as a bolt in the blue.

India, according to me, got the short end of the stick in all aspects. The Indian players having played for two months of IPL and then completing a long arduous and commendable tour of Australia, came back bathed in glory. A week’s break spent with their near and dear ones, in a euphoric state of mind, was a well-deserved welcome for each one of them. Although they were at home, they were in quarantine. They, therefore, missed out on rejoicing and enjoying their achievements with their friends and well-wishers.

For a successful sportsman, it is as important to celebrate those golden moments that get them refreshed and rejuvenated. Unfortunately, this was not to be and their short restricted holiday was immediately followed by re-entering the stifling bio-secure bubble. A three-day practice session was all that they were given to prepare to play an important Test series against an in-form, acclimatised English side that had just beaten host Sri Lanka.

The tired Indian cricket warriors were expected to regroup and reconvene their march into a major cricket battle against England in the same brave way that they did in Australia. The players were in seventh heaven with words of appreciation coming from all quarters, including a mention in the Budget speech in the Indian Parliament. They also received financial bonuses and gifts that were well deserved. However, cricket is a great leveller and the thoughtless Test match schedule, and the lack of preparedness seemed to all finally culminate into a massive defeat against a well-prepared English side.

India were further disadvantaged when Virat Kohli lost the toss in Chennai and England batted on a slow, docile MA Chidambaram Stadium pitch to notch up a huge total. Indian bowlers and fielders looked tired, both mentally and physically, once Joe Root and Ben Stokes took control. England captain Root ensured that India were made to toil hard on the field and his exemplary double century in his 100th Test match was a work of sheer dedication and brilliance. Losing the toss was a decisive factor as far as India were concerned, as the wicket gradually disintegrated into a loose grassless surface, which was exploited by the English bowlers. India from there on were playing “catching cook”.

The way India bounced back, with a good rear-guard batting performance by Washington Sundar and Ravichandran Ashwin and then bowling England out for 178 runs in the second innings was commendable.

One could see the determination and the enthusiasm that the Indian players showcased when they were down and out. This positive fighting approach, one feels, is what India will need to exhibit from the next match onwards.

India have now put themselves into a must win situation as regards qualifying for the ICC World Test Championship final — a position that could have been well avoided if the Indian players had been given enough time to recoup and recover.

The most worrying aspect going forward for Indian cricket is the lack of good finger spinners in the country. India in the past boasted of being the best in that art. The BCCI’s initiative of unearthing fast bowlers and ensuring wickets have a minimum amount of grass in domestic cricket has given rise to more speedsters rather than spinners.

The Indian deck is now bare and apart from Ashwin, one does not see a topline finger spinner on the horizon. Playing in Indian conditions, it is imperative that India have a plethora of right and left-arm finger spinners to choose from. The lack of it was the turning point in the match against England after Jasprit Bumrah, Ishant Sharma and Ashwin had curtailed the English batting initially.

The limited-overs game is another factor that seems to favour more wrist than finger spinners. Apart from this, the finger spinners are now concentrating on bowling faster rather than flighting the ball to curtail batsmen from hitting them. Therefore, the art of deceiving a batsman, in flight that is required in the longer version of the game, is gradually disappearing.

The BCCI will need to initiate a constructive program to revive the art of spin bowling in India. The likes of Bishan Singh Bedi, Erapalli Prasanna, Venkataraghavan, Padmakar Shivalkar, Harbhajan Singh, Rajendra Singh Hans, Dilip Doshi and many more are still amongst us. A camp with these legends would go a long way to rejuvenate an art known popularly as the ‘Indian Rope Trick’. This was how Indian spin bowling was perceived in the years gone by.

India now have a major issue. With only a tired Ashwin at present in their fold, and who bowled a huge amount of overs in the first Test match in Chennai and in Australia as well, they need to decide as to whether to prepare a turning track or one suitable to their well stocked pace bowling attack.

India may have pulled the short end of the straw in the first Test match. However, one feels they have the firepower to come back strongly and win the series finally. The present Indian side has shown it has the resilience to fight back in the past and they will now need to do so once again. (IANS)