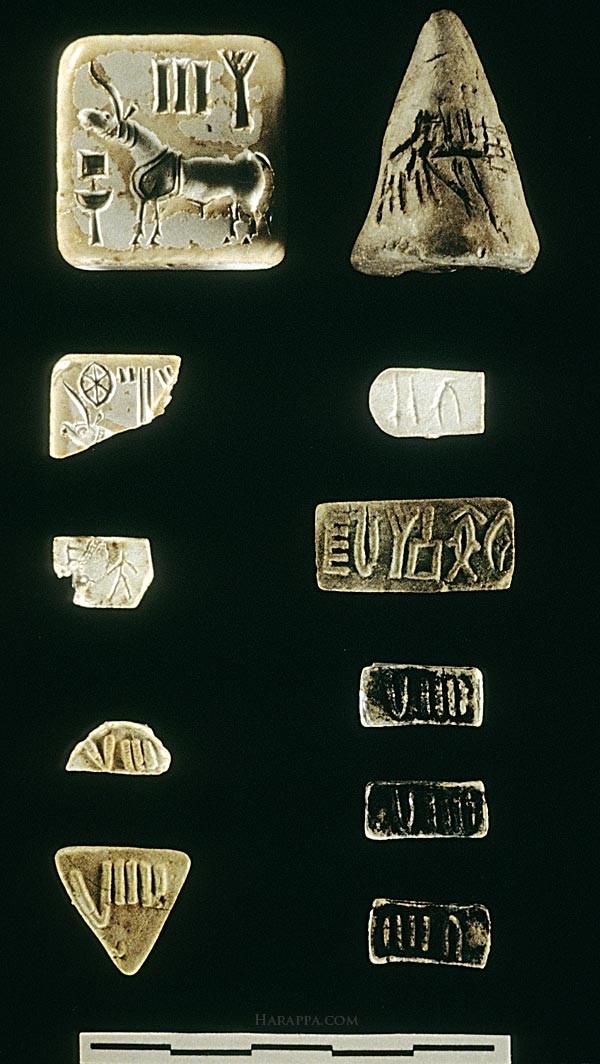 LEXINGTON, MA— India Discovery Center, whose mission is map the chronology of India’s cultural history in order to understand and appreciate the development of the current Indian society and the evolution of Indian traditions in practice, announced that it will hold seminar on the Indus Civilization on Saturday, July 23, 2016, in Lexington, MA. 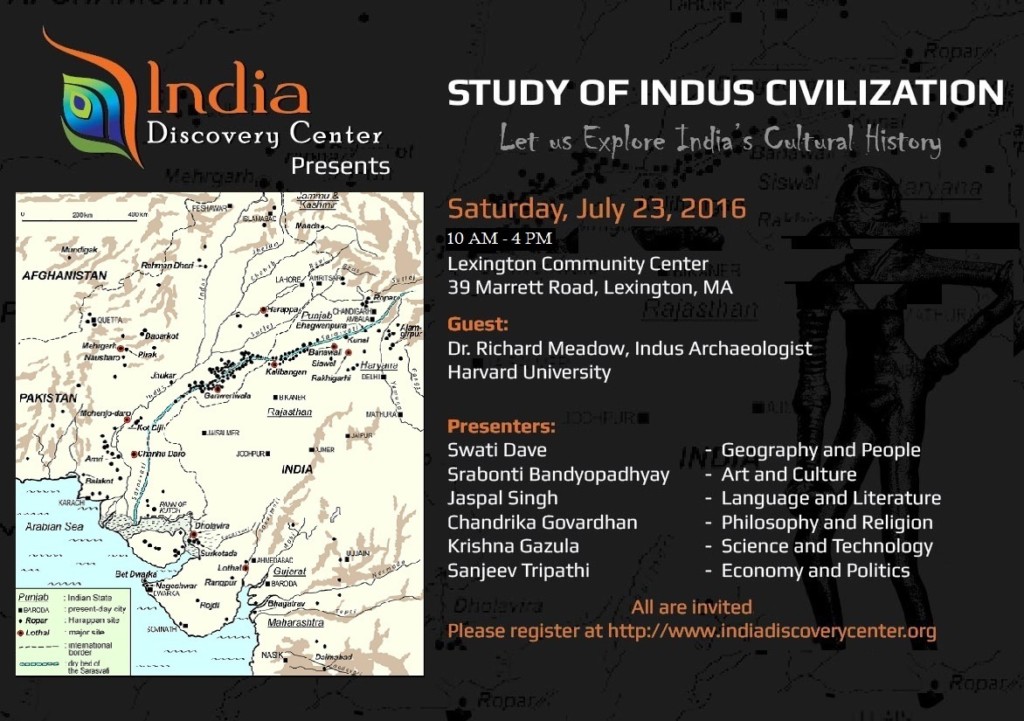 The seminar will also feature Dr. Richard Meadow, the senior archaeologist from Harvard University who has been involved in Indus excavation work for more than three decades.  The event be presided by Prof  R. Balachandra of Northeastern University, who will compile and edit the presentations.

“We invite you to join the day-long event at the Lexington Community Center, 39 Marrett Road, Lexington,” said Bijoy Misra, founder of India Discovery Center. “The event will be of interest to students, researchers and members of the lay public who wish to know about India and her history.” 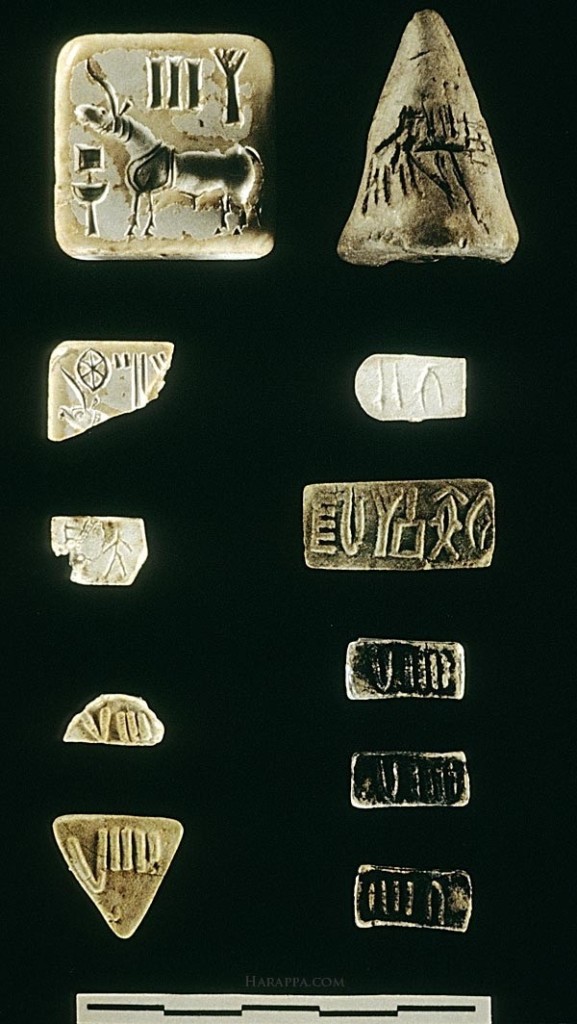 He said the goal of the India Discovery Center is to create an educational foundation through studies by volunteers in the immigrant society in the United States to create awareness and foster research in many areas of India’s heritage that are poorly understood. A youth-oriented educational and cultural center is targeted to open in 2021.

“Each of these periods will be studied in six tracks: (a) Geography and People, (b) Art and Culture, (iii) Language and Literature, (iv) Philosophy and Religion, (v) science and Technology and (f) Economy and Politics,” Misra said.

He said first set of findings on the Indus Period will be presented on Saturday, July 23, 2016. The list at the end of this article shows the presenters and their topics.

Indus Civilization, more aptly called Sindhu-Sarasvati Civilization flourished at least from 57000 BCE until about 1900 BCE as suggested by the excavated artifacts, Misra said. 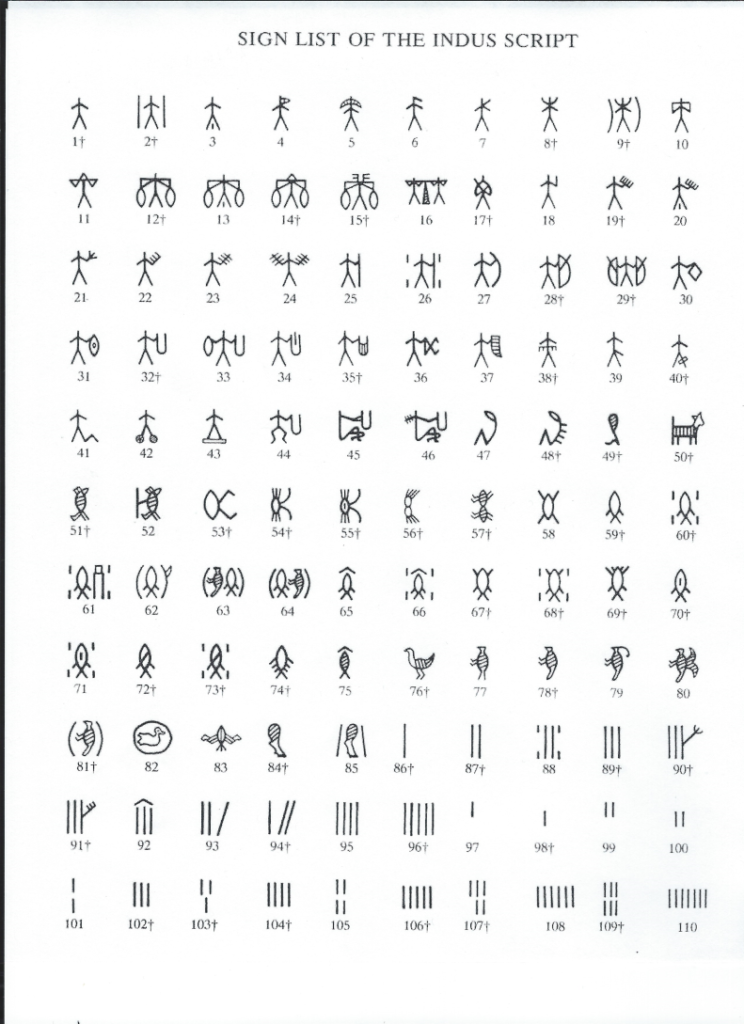 Though originally discovered through two sites excavated in the Indus valley (Harappa and Mohenjadaro), similar sites have now been discovered in more than fifty sites spread over India, Pakistan and Afghanistan.

The artifacts found in these sites, popularly known as Harappan objects, have also been found in sites as far as old Mesopotamia and in towns near the Persian Gulf.  The population that lived in these sites had developed an urban culture with town planning, underground sewer system, water supply, agricultural products and industrial goods. 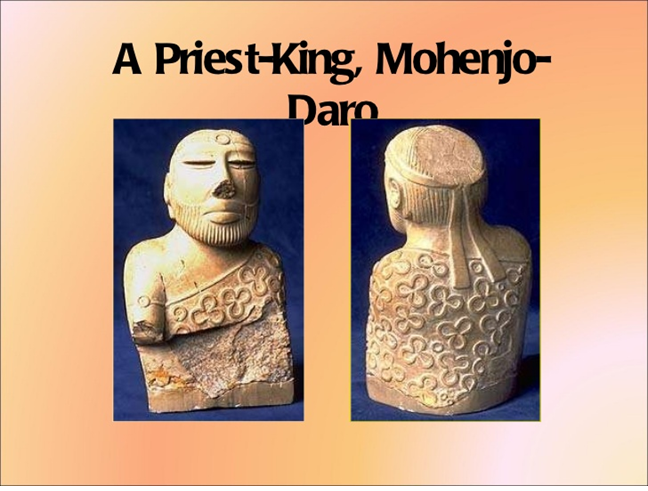 Though there is some form of writing, attempts to decipher the writings have not been successful, Misra said.

Each presentation will be thirty minutes followed by a ten minute Question and Answer period.

For more information and to register visit: www.indiadiscoverycenter.org.  Organizers request a $10 optional donation to defray lunch expenses at the site.  Contact  Bijoy Misra at  idccomments@gmail.com  with questions or comments, or if you wish to volunteer to support IDC’s efforts.