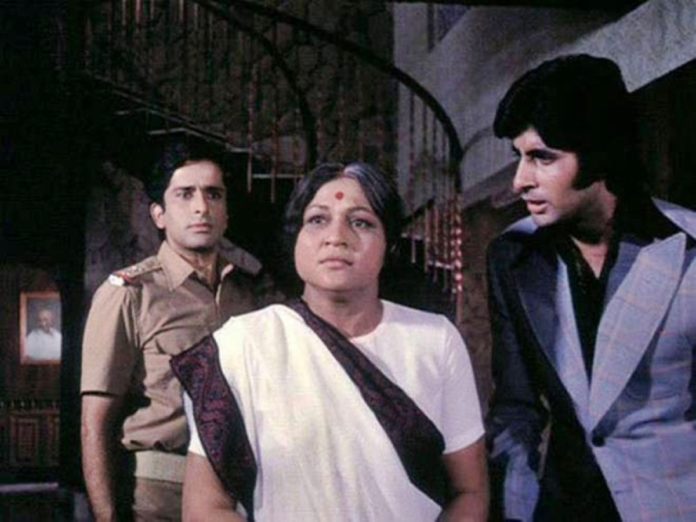 New Delhi–“Mere paas Ma Hain”, the iconic dialogue from 1975 blockbuster that catapulted actors Shashi Kapoor to stardom and gave Indian cinema the angry, young man it’s megastar Amitabh Bachhan was more than just a story of two brothers on the opposite spectrum of ethics. It centered around the narrative of undying love for mother of two brothers- a crime lord and a police officer fighting it out haunted by their past, riddled in the web of the present, egos.

Indian cinema has portrayed the character of mothers in various shades, be it the eternally suffering archetype Nirupa Roy in Deewaar and host of other films to coming to terms with reinforcing one’s self-identity played by SriDevi in “English Vinglish”. This Mother’s Day while we celebrate motherhood in every form, let’s us relive some moments of the spirit on celluloid to make it a larger than life experience. Flipkart Video shares with us some shows that you can watch with your mother, spend some quality time together and tell her just how much she means to you.

Sudha, is a woman in her sixties. A happy, diligent homemaker who is abreast with the current affairs, much against the general stereotype of a homemaker. She is nearly taken for granted by everybody in life, until she rebels against it. The movie ends with a subtle message that remindsus of knowing the importance of a mother in our lives.

A thought-provoking tale of Chanda, whose only dream in life is to provide her daughter an education and a respectable life even if it means that she herself must finish her education first. A reminder to all of us of the selfless and undying spirit of a mother who will go to any extent to nurture and provide the best life for her children.

A story about a woman, a wife and a mother who is constantly made to feel insecure for not knowing how to speak and understand English by her family until she decides to learn the language. The film captures the journey of a mother who rises above the challenge, despite being ridiculed and teaches her family the importance of a being human over a mere language.

An ode to all the mothers out there, Mother India is a heart wrenching tale of a virtuous lady (aka all the mummies). Overcoming all hurdles and confronting her moneylender, she nurtures her children through a lot of hardship.

Watch Chef Shagun Mehta travel across farms in the country to learn about the freshest produce that our farmers grow. She uses the produce to cook up a storm right on the farm. Learn about home grown, most organic fruits and veggies along with your mum as well as get inspired to try out the new recipes in your own kitchen. (IANS)