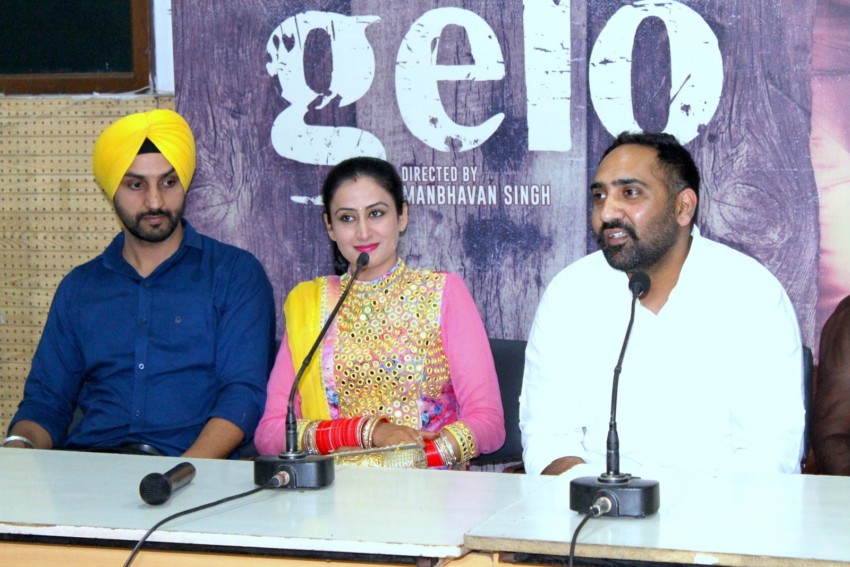 Lonavla– The Punjabi film industry is currently in a wonderful phase where there’s not just greater scope to experiment with subjects, but also better budgets, says Manbhavan Singh, a first-time director whose movie “Gelo” was screened at the Lonavla International Film Festival India (LIFFI) here.

The movie, which released in the Punjab circuit last month but failed to get the director’s desired distribution, is made on a novel by Ram Sarup Ankhi and handles multiple themes of social significance in a layered but deft way.

And its Punjabi language in no way hinders the universal messages that it attemps to impart.

“I always wanted Punjabi literature to come into our cinema. I wanted to tell that Punjab is not all about comedy, laughter or eating makki di roti and sarson ka saag. And we have made a start with ‘Gelo’,” Singh told IANS here.

“Gelo” has a strong female character, who stands up for her rights and fights against miscreants who eye her piece of land. It also shows the plight of poor farmers around Chandigarh and the course that women sometimes have to take to save their land.

Even though those with preconcieved notions about Punjabi cinema may find it an “offbeat” subject, for Singh, it is not so.

“We have better budgets, better quality and subjects. It is a golden period for Punjabi cinema today with better directors and producers. Today, our cinema is not about two families who are fighting with each other.

“We are going beyond comedy to explore female-oriented subjects, action films and other new ideas too. So, we definitely have better movies,” said Singh.

The truth in his statement lies in the fact that for a “Jatt & Juliet”, there’s a “Chauthi Koot”.

However, Singh’s journey to make “Gelo” was not a cakewalk.

“When I took my script to multiple producers, many said it was an offbeat script. But for me, it’s not offbeat because it reflects some people’s day-to-day life’s issues.

“I was going to score a half century as I met about 46 producers to release ‘Gelo’. But either some producers who were 50 years of age wanted me to make them the film’s hero or some said, ‘Put a song by Honey Singh, and the film will be great’.”

That’s when he decided to produce it in house. His wife Nidhi Singh produced the project under their home banner Celebration Studioz with Sonark Solutions as partners.

However, making the film was not the end of their struggle. Despite getting a theatrical release, the distributor failed to deliver what was expected.

“It was disheartening that we got only very few shows and that too morning shows. So how will one get a good response? The word of mouth for the film was good, but by the time people came to watch it, the movie was off the screens.

“So, making a film is tough, but releasing it well is tougher in these times,” Singh said.

His next project will be a “hardcore commercial” political satire. As Singh puts it, “it will show the ugly and bright side of politics”