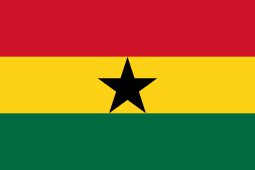 Accra–A court here has overturned a decision by the Interior Minister to deport an Indian for allegedly obtaining a fake marriage certificate to stay in the country.

In his ruling earlier this week, Justice Kweku T. Ackah-Boafo declared the move by Interior Minister Ambrose Dery “illegal” and said that the minister exceeded his jurisdiction by determining that the Indian had engaged in fraud and subsequently deported him, state-owned Daily Graphic reported.

Ashok Kumar Sivaram was alleged to have acquired and forged a marriage certificate in support of his application for citizenship in 2015, said the report.

Justice Ackah-Boafo said that the Interior Minister breached the rule of natural justice by not giving the plaintiff a hearing after he had accused him of allegedly committing fraud.

“The minister arrogated to himself the role of prosecutor and adjudicator,” Justice Ackah-Boafo said.

“The right to be heard is a fundamental principle and cannot be ignored on the basis of administrative inconvenience,” he said.

The court ruled that any attempt by the state to prevent Sivaram from coming back to Ghana will be in contempt.

The Interior Minister signed an order to deport Sivaram on May 15. He described the act as “fraudulent and criminal” and said Sivaram’s presence was not “conducive to the public good”.

Not happy with the deportation, Sivaram’s lawyers filed an application for judicial review by way of certiorari for the order to be nullified by the High Court.