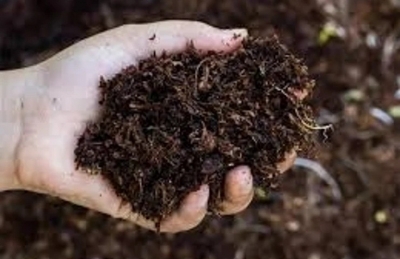 Vizianagaram (Andhra Pradesh)– While the world has woken up to the hazards of chemical fertilizers and pesticides, transitioning to organic and natural farming is easier said than done. But in Vizianagaram district of Andhra Pradesh, a former school teacher and his NGO are working since more than a decade to convince tribal farmers switch to natural or bio-farming. Their efforts are beginning to pay off.

Thanks to D Pari Naidu of Thotapalli village, and the Justified Action and Training for Tribal Upliftment (JATTU) Trust, close to a hundred villages in the region have entirely renounced the use of chemical fertilizers and pesticides in their farms.

“Compared to the plains, the farmers of this hilly region in the district, used less chemical inputs. So it was relatively easy for us to convince the people to stop using chemicals and start using natural materials like cow dung, cow urine, and neem-based pesticides in agriculture,” Pari Naidu told IANS.

“So far, of the 206 villages that JATTU is working in, 93 villages have been officially designated as bio-villages, and seven more are set to be recognised similarly very soon,” Pari Naidu said.

Today, around 10,000 tribal families in the district have migrated to natural farming on around 50,000 acres.

Opting for voluntary retirement, Pari Naidu established JATTU in 1998, to work for the different tribals living in the two mandals.

The NGO began with non-pesticide management and gradually moved to promoting natural farming. Working in an Naxal-affected area brought with it, its fair share of problems for Pari Naidu.

Around 2002, he was warned by Naxals to leave the area. However, he made it clear that he intended to stay on irrespective of the consequences. Thereafter, he was not troubled by them anymore.

The natural farming initiatives have recieved the whole-hearted support of the local communities. The local womenfolk who earlier used to previously brew illicit liquor, are now preparing natural fertilizers and pesticides for sale.

Apart from lower input costs and better crop harvests, the benefits of bio-farming are slowly becoming evident to the tribals. “Since entire villages are practicing bio-farming, harmful pests are decreasing and beneficial insects are increasing here,” Pari Naidu said.