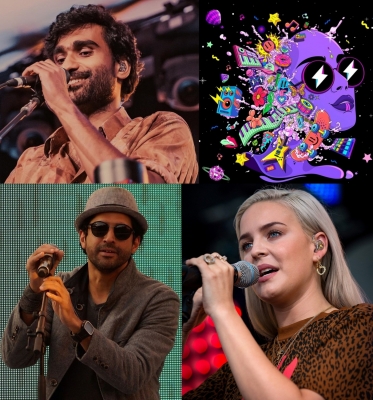 Mumbai– A galaxy of music stars will descend at the upcoming edition of the multi-genre music and lifestyle festival, Vh1 Supersonic, which returns after three years. The stellar line up will see Anne-Marie and CKay performing in India for the first time.

Talking about performing at Vh1 Supersonic 2023, Farhan said, “As a singer-songwriter, there’s nothing more that I love than performing live for my fans, and Vh1 Supersonic is the perfect stage for it. I’m so looking forward to sharing my music with everyone at the festival!”

Festival Curator, Nikhil Chinapa, said, “This year, Vh1 Supersonic continues on its journey of being a ‘Festival of Firsts’. As we’ve always done, this year too, we’ve got an epic line-up of ground-breaking global artists and indie musicians performing for the first time in India. Our lineup reflects our own passion for dynamism and progress and includes artists that many will find exhilarating and unique. Our festival layout sees many changes too, unfolding like an exciting graphic novel where each panel brings a new surprise and tells a different story, challenging our fans to explore, indulge and experience our Vh1 Supersonic festival, 2023.”

For the lifestyle bit, Vh1 Supersonic will also bring to its Superfam the SuperStreet arena, a melange of everything pop and trending including fashion wear, NFT and immersive augmented reality art. The SuperFlea, a flea market inside the festival will offer gastric delights to fulfil the hunger pangs of all, from all the restaurants under the Impresario portfolio like SOCIAL, Smoke House Deli, Salt Water Cafe, Slink & Bardot, Boss Burger and Dope Coffee.

Vh1 Supersonic 2023 will be held at Mahalakshmi Lawns, Pune from February 24-26. Fans in Bengaluru can watch two of the headliners from the main festival on February 24. (IANS)