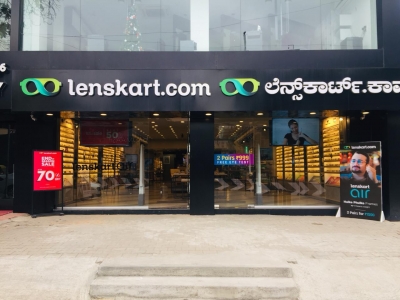 The current round also saw participation from Bay Capital and Chiratae, the company said in a statement.

“We’re already the largest eyewear player in India and in the top 3 in Singapore. Lenskart envisions to have 50 per cent of India wearing its specs over the next five years and become the #1 eyewear platform in Southeast Asia and Middle East over the next 18 to 24 months through organic and inorganic expansion,” Founder and CEO Peyush Bansal said.

The company said that fresh funds will help it expand its presence in India as well as scaling its growing operations in Southeast Asia and Middle East.

The market opportunity for Lenskart in target geographies is expected to be over $15 billion by 2025.

Along with the expansion, Lenskart is also planning to use the capital to deepen its investments in technology and AI-driven innovations to create a personalised experience for its customers.

Founded in 2010, Lenskart is currently serving over seven million customers annually through its omni-channel shopping experience with more than 750 omni-channel stores in 175 cities.

In 2019, Lenskart expanded to Singapore — marking its foray into Southeast Asia — where it is now a key service provider for opticals.

In May, Lenskart and KKR, a global investment firm, announced the signing of definitive agreements under which KKR invested $95 million in Lenskart via a secondary stake acquisition. (IANS)