New Delhi– Veteran writers, including Nayantara Sahgal, Kiran Nagarkar and Jeet Thayil have been overlooked by the jury of the inaugural edition of the Rs 25 lakh JCB Prize for Literature, whose shortlist, announced Wednesday, features novels by five writers who the jury felt will be read by decades to come.

The shortlisted novels are “Half The Night Is Gone” by Amitabha Bagchi, “Jasmine Days” by Benny Daniel (translated from Malayalam original by Shahnaz Habib); “Poonachi” by Perumal Murugan (translated from Tamil original by N. Kalyan Raman); “All the Lives We Never Lived” by Anuradha Roy and “Latitudes of Longing” by debutante Shubhangi Swarup. 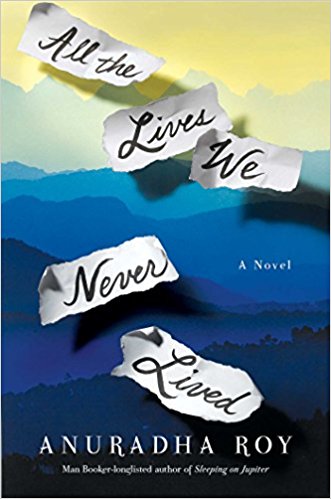 In a welcome move, all five novels are by emerging voices, who are gaining both readership and critical acclaim in recent times. Murugan is fast emerging as the most authentic voice from the Indian hinterland; Anuradha Roy’s surreal prose is winning critical acclaim from both readers and critics; and, among others, Shubhangi Swarup stunned the literary space with her well-researched and minutely crafted debut work of fiction.

The prize has also recognised the vast spread of literature in Indian languages as two out of five novels are translated works. In announcing the shortlist at the Oxford Bookstore here, the prize further affirmed its commitment to promoting physical bookstores in the face of their prolonged downfall since the rise of e-commerce platforms like Amazon and Flipkart.

But on the flip side, all the novels in the shortlist are from mainstream publishers: two from Juggernaut Books; and one each from Westland Publications, Hachette India and HarperCollins India. Not a single novel competing for the prize is from a smaller press, which, according to several publishing insiders, are on a rapid decline in India.

Publishing giant Penguin Random House India, otherwise in the tally of most national and international literary awards, did not feature in the list at all.

Jeet Thayil’s highly acclaimed “The Book of Chocolate Saints”, with praise from the likes of Salman Rushdie, too failed to make the cut.

Apart from Thayil’s, the other novels from the longlist that the judges overlooked are: “Empire” by Devi Yesodharan; “Clouds” by Chandrahas Choudhury; “When The Moon Shines by Day” by Nayantara Sahgal; and “Jasoda” by Kiran Nagarkar.

The jury consists of novelist Vivek Shanbhag (Chair), entrepreneur and scholar Rohan Murthy, Yale University astrophysicist and writer Priyamvada Natarajan and author and translator Arshia Sattar. Film director Deepa Mehta, who was earlier chairing the panel, had to “retire from her position” due to “unforeseen professional commitments”.

The winner will be declared on October 24, and will receive Rs 25 lakh. If the winning work is a translation, the translator will receive an additional Rs five lakh. (IANS)