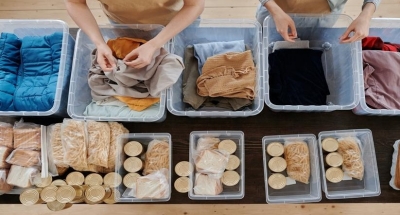 New Delhi– GiveIndia poll shows 85 per cent of respondents are bullish about the role of charitable giving in tackling India’s social challenges.

According to its annual Giving Survey, public health is India’s most pressing issue today, but 85 per cent of respondents are optimistic that philanthropy can provide solutions to such difficult societal concerns.

Not unexpectedly, access to basic healthcare and disease treatment are top-of-mind issues for over half of respondents 18 months into the Covid era. The study found that ensuring food security for the hungry and conserving the environment were the other two pressing concerns.

Surprisingly, 46 per cent of respondents believe teamwork is critical. They have greater faith in collaborations between individuals, charities, businesses, and government to solve future challenges than in any of the institutions acting alone.

The study also reveals a reinvigorated desire to assist the country overcome its issues and contribute to its growth, with 90 per cent of respondents promising to donate more to charity causes. Citizens are motivated to offer more because of community hardship and increased need during the outbreak.

In a similar spirit, there appears to be a rise in social consciousness, with 61 per cent of poll respondents preferring to work for a firm that engages meaningfully in corporate social responsibility and 55 per cent believing in buying products from socially responsible companies.

Sharing his thoughts on the findings, GiveIndia COO Sumit Tayal said, “Our annual survey on giving behaviour shows that citizens want to contribute to India’s progress, and Covid has made this more real and urgent.” The pandemic also highlighted the critical role of philanthropy and partnerships and the greater impact of entities working together towards the same goal. The survey suggests that this has caught the public imagination.

The annual Survey drew almost 500 people from around the country, with nearly equal participation from men and women (49 per cent male and 51 per cent female) between the age of 21 and 60 years. (IANS)