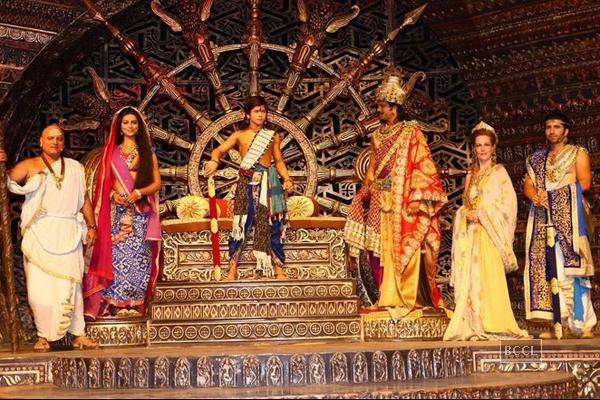 WOBURN, MA—On Sunday, May 8, Chanakya, who has dominated the Indian psyche for about 2,000 years, will come alive in Boston. The Hindi play Chanakya, which is starring Bollywood, television and theater actor Manoj Joshi and his team of talented artists, is nearing completion of 1,000 shows with over 100,000 people who have watched it all over the globe.

Play is brought to Boston by the husband-and-wife team of Eshani and Chandu Shah and Dhoom Entertainment. In an exclusive video interview with INDIA New England News, the couple talks about play Chanakya, key actors and why it is a must see show for everyone.

The play will be staged on Sunday, May 8, at Woburn High School in Woburn, MA.

In Chanakya-show, Joshi has been performing this play for more than 25 years, and it is nearing completion of 1,000 shows with over 100,000 people who have watched it all over the globe. Joshi also enacted the character of Chanakya in the popular serial Ashoka on Colors and has done various roles in over 100 Bollywood movies.