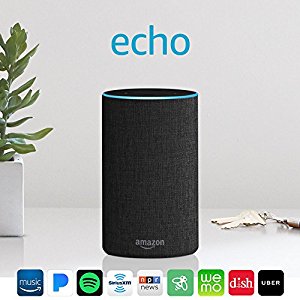 New York– Are you a tech buff and have filled your house with latest technologies from Amazon’s Alexa and Apple’s Siri to the Google Assistant? If so, it may affect your toddler’s early communication skills.

Researchers found that if a toddler asks these voice activated devices a question, he or she will in reply get a silence, or the familiar, default robot apology, representing “broken” or uncommunicative device.

Children communicate with technology differently than adults do, and a more responsive device — one that repeats or prompts the user, for example — could be more useful to more people, the study suggested.

“There has to be more than I’m sorry, I didn’t quite get that,” said Alexis Hiniker, Assistant Professor at the University of Washington .

“Voice interfaces now are designed in a cut-and-dried way that needs more nuance. Adults don’t talk to children and assume there will be perfect communication. That’s relevant here,” he added.

The study was presented at the 17th Interaction Design and Children Conference, in Norway.

The team conducted a two-week test in the homes of 14 preschoolers of a tablet game that included a broken voice-driven mini-game. They collected 107 audio samples of these children’s (unsuccessful) attempts to communicate with the mini-game.

In all, children persisted in trying, without any evidence of frustration, to get the game to work more than 75 per cent of the time; frustration surfaced in fewer than one-fourth of the recordings and in only six recordings, children asked an adult to help.

Parents were happy to help, but they were also quick to determine something was wrong. Only when they pronounced the game to be broken, the children agreed to stop trying.

“Adults are good at recognising what a child wants to say and filling in for the child,” Hiniker said. “Artificial Intelligence is getting more sophisticated all the time, so it’s about how to design these technologies in the first place.” (IANS)