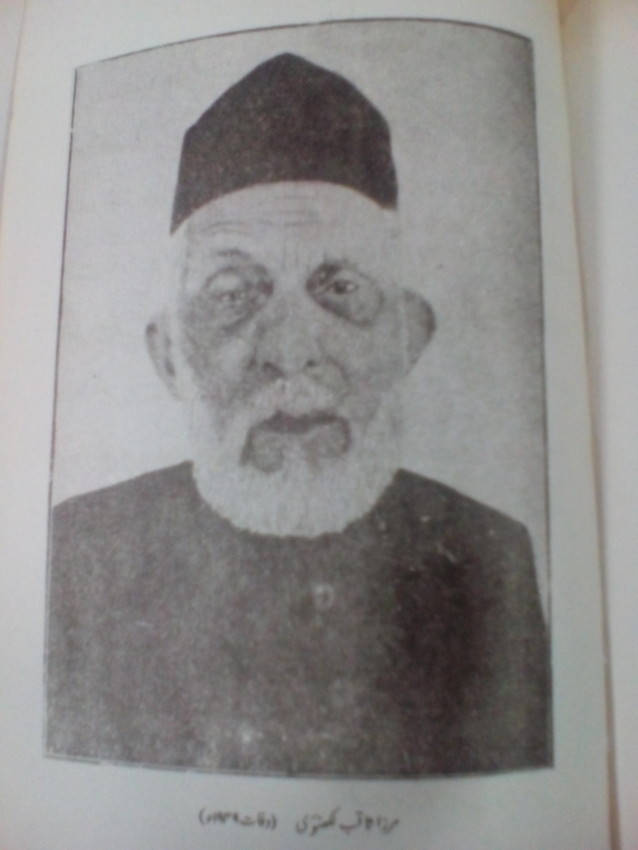 Do you have to be born in a place renowned as a cradle of poetry to be considered a part of its tradition, or is its ethos so strong and pervasive that it can encompass even those who settle there? The second seems more likely going by the example of this gifted representative of the Lucknow school of Urdu poetry who could even enshrine life’s small things in polished language in his memorable verse.

Settling in Lucknow when young, Mirza Zakir Hussain Qizilbash “Saqib Lakhnavi” (1869-1946) became the very model of a Lakhnavi shayar. Courteous and refined in demeanour, genial and convivial in temperament, adept in his craft, content with a life of even pace and adequate comfort so long as it was intellectually stimulating enough — and totally unsuited to the pursuit of business. 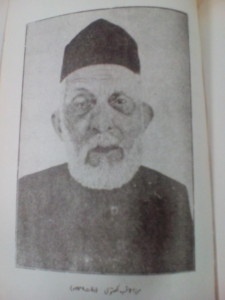 Born in Akabarabad (Agra) in a family that came to India from Iran during the Mughal era and was fairly prominent in Akbar’s reign, he, after initial schooling in St John’s College, moved to Lucknow with his father and settled there. ‘Saqib’ (Arabic for shining star) was in a precarious position financially after his father’s death and tried his hand at various jobs, including a stint at business, which he abandoned after suffering major losses.

He was also in Calcutta, where he became personal secretary of the Iranian consul and saw most of his problems ease. But life in this city was not much to his taste, and when the Raja of Mahmudabad, one of the biggest feudal estates in the erstwhile Avadh and located in Sitapur, adjoining Lucknow, offered him a post in his court, he leaped at the chance. He stayed in this position till his death in Lucknow in 1946, being lucky to avoid seeing the madness that would soon engulf the subcontinent.

But it is Saqib’s poetry that tells us most about him. Taking up poetry when 15 or 16, he soon became so accomplished and noted for his quality that many suspicious people tried to test him with giving him ‘misras’ (one line of a sher) to make into a couplet, or a particular metre or rhyme to construct into a ghazal. He came through all these tests with flying colours, leaving all his doubters awestruck.

But he did not just remain confined to this topic or motif — or even his quite favoured one, perhaps due to his Persian antecedents, was of the “bagh” or “chaman” (garden), as a sort of a metaphor for life, but not always a paradise as the old Persians had envisaged it to be. Be it, “Bu-e-gul phoolon mein rehti thi magar rah na saki/Main to kanton mein raha aur pareshan na hua” or “Baghban ne aag di jab aashiyane ko mere/Jin pe takiya tha vahi patte hawa dene lage” or “Dil apna khauf-e-asiri se mutmain kab tha/Rahe chaman mein magar ashiyan bana na sake” and several more.

And there is much more, all lyrical, quite profound but understandable and available in his Diwan — freely available but requiring you to know how to read Urdu.

But if poets have a signature verse, then for Saqib, it would be his most-known one: “Bada shauq se sun raha tha zamana/Ham hi so gaye dastaan kehte kehte”. If it sounds vaguely familiar to the older generation (those growing up/seeing Hindi films in the 1950s or 60s), it is because film director and producer S.U. (Samiullah) Sunny, known for “Mela” (1948), “Babul” (1950), “Kohinoor” (1960) and “Palki” (1967, posthumously) was so impressed that he used it at the start of some of his films.

Ghalib’s work could only have found meaning in India: Javed Akhtar