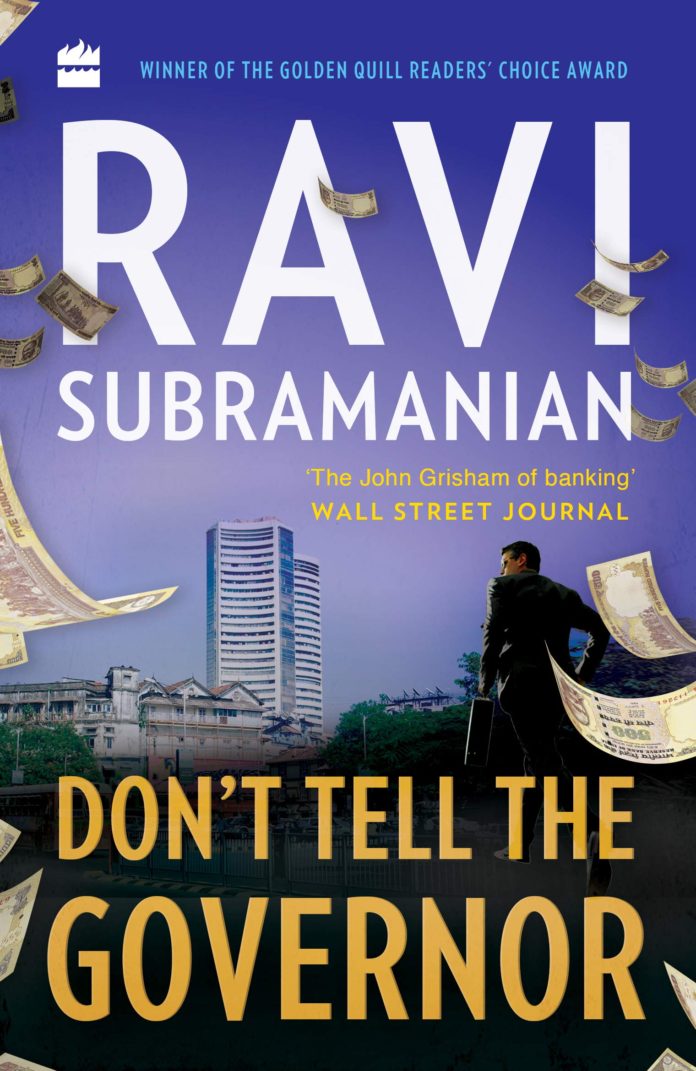 Harsha Ranjan was standing on the balcony of his first-floor bedroom, smoking a cigarette. The official RBI Governor’s residence, a two-storeyed heritage bungalow just off Mumbai’s Carmichael Road, had been his home for the last three years. Parked right under the balcony were the two cars that had been provided by the government for his use.

He sighed as he blew out smoke and glanced at his watch. He was in a pensive mood. The monetary policy announcement was scheduled for that morning, A few unpopular decisions were about to be announced; steps which had been mandated by the state of the economy.

However, what worried him was the government’s reaction to what he was about to unveil. It was no secret that his relationship with the Finance Minister was a strained one. Most of it was a consequence of Harsha trying to chart his own course when the government would have liked him to be subservient. The never-ending battle between the Finance Ministry and the RBI had taken its toll on him.

The Finance Minister had called him the previous night. ‘Remember, Harsha, we have to bring down the interest rates. RBI needs to help the government,’ he cautioned.

‘I cannot commit to anything, sir,’ Harsha responded.

‘Do you remember our conversation that night when we had met with Khosla? We had discussed it that day and you had agreed,’ Pande reminded him.

‘With due respect, sir, I had not agreed. I had only said that I would consider it,’ Harsha argued. But his response hadn’t gone down well with the FM, who had blown his top. This was not the first time the FM had reacted the way he did and it would not be the last.

But Harsha knew that he was nearing the end of his tenure as RBI chief and the government could make make his last days miserable, turning him into the fall guy for their failed economic policies. The risk he was taking and the repercussion it could have on his reputation worried him.

Ever since Independence, the autonomy of the RBI had been a contentious issue. What was the amount of influence the government would, rather ‘should’, wield on the RBI was often a topic of heated debate in the corridors of North Block. At the heart of this conflict were the interest rates prevalent in the economy.

A higher interest rate controls inflation, whereas a lower one fuels it. The Reserve Bank of India controls inflation using one tool — the repo rate. Very simply put, the repo rate, which the RBI decides, is the interest rate at which banks borrow money from the RBI. The RBI announces its stance on the economy and supports it directionally by announcing the repo rate in the monetary policy, which is released bi-monthly. Whenever the RBI lowers or increases the repo rate as a part of its monetary policy, the banks follow suit.

When RBI raises the repo rates, the banks end up paying higher interest to the RBI on the monies they borrow. As a consequence, to make up for that, they charge more from the customers they loan money to, thereby making loans costly. Costlier loans dissuade consumers from taking then.

Even companies avoid taking high-interest loans from banks and reduce their borrowings. This reduces the consumer’s ability to spend. For companies, reduction in borrowing leads to lesser availability of money, lesser investment and consequently, a drop in production. The combined effect of all this is that the economic growth rate slows down and consequently reduces inflation.

That was where Harsha Ranjan’s conflict with the government lay. The Finance Minister wanted a higher economic growth rate and had asked Harsha to support the government’s cause by lowering the interest rates. Harsha was reluctant to do so because falling interest rates would have made money cheaper, loans easier and hence, fuelled consumption. And increased consumption would fuel inflationary growth. The rising prices would make life difficult for the poor.

Therefore, he was not in favour of dropping interest rates. And it wasn’t like the RBI was an outlier. Central banks the world over are paranoid about inflation and don’t drive the interest rates down just to cater to the whims of the central government. Most of them strongly feel that driving growth in an economy is the government’s agenda and deliverable, not theirs.

Given his stance, Harsha’s new monetary policy was on expected lines. Much against public sentiment and government persuasion, the interest rates were not lowered by the RBI. To add to the government woes, the RBI also brought out an official statement saying that the economy was overheated and it expected inflation to rise. Hence, as a conservative monetary policy measure, it would not reduce the interest rates.