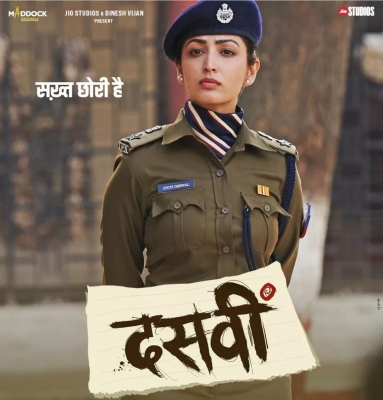 Yami Gautam: I get my adrenaline rush from doing something different

Mumbai– Actress Yami Gautam, who has been creating waves with her performances in films such as ‘Dasvi’ and ‘A Thursday’, says she has attempted something very different and as an actor she gets her adrenaline rush from doing that.

Talking about the same Yami shares, “I had a lot of fun playing a Haryanvi cop in the film (‘Dasvi’) and I’m ecstatic about the initial response to my performance. My family, my team, and some friends, who are always honest about their opinions with me watched it a few days ago and I’m glad they strongly connected to my character throughout the film.

“Now, I’m excited to hear what the audiences have to say about it. I’ve attempted something very different and as an actor, I get my adrenaline rush from doing that.”.

Yami has an exciting slate ahead with ‘OMG 2’, ‘Dhoom Dham’, and few more unannounced projects. 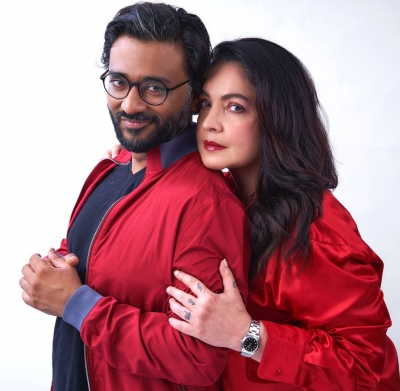 Pooja says, “‘Sanaa’ is an deeply moving and astonishingly perceptive film that captures society’s judgments around women in a way that is going to jolt a lot of people out of their preconceived notions and comfort zone.

“I am thrilled and honoured that Sudhanshu made me a part of this truly important film – one that examines the lives of women as we actually live it and not in a way the world thinks or wishes that we do.”

“I’m sure the legacy she carries as an actor and as the voice of women will add dimensions to the part she will be seen playing in the film. I’m thrilled that she has boarded this journey with all of us at Four Line Entertainment.”

Saria was recently announced as the director of a high-octane female-led espionage drama ‘Ulajh’, with Junglee Pictures. He is also writing, co-directing and showrunning ‘Masoom’, a series for Prime Video, and co-producing and writing ‘Delhi Crime’ Season 3 for Netflix.

Pia Bajpiee finds herself in a powerful role in ‘Lost’ 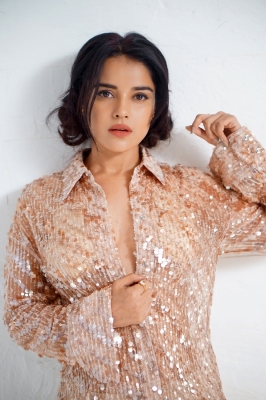 While we are yet to find out more details about the project, we hear Pia Bajpiee will essay the most powerful character in the film. The actress will breathe life into a small-town girl with big ambitions in a big city.

Speaking about the same, Pia said, “I am sure many girls would be able to relate to my character in LOST. It touched a chord with me the moment I read it. She is powerful, ambitious, and vulnerable at the same time. It was a challenging part, but I am so grateful to Aniruddha Roy Chowdhury for trusting me with it.”

“Working with Aniruddha Roy Chowdhury was like being in a film institute. I learned so much during our shoots from him. He takes you off guard, and that keeps you constantly alive and aware on the set,” she further added while talking about the three-time National Award-winning director.

The film stars Yami Gautam, Pankaj Kapoor, and Rahul Khanna, the newer generation of actors like Neil Bhoopalam, and Tusha Pandey will also essay crucial roles in the narrative.

‘Lost’ is an emotional investigative drama that tackles the issue of media integrity in today’s time, with Yami Gautam in the lead. The screenplay is written by Shyamal Sengupta, dialogues by Ritesh Shah, and story by Aniruddha Roy Chowdhury and Shyamal Sengupta.

Mumbai– Pankaj Tripathi, who has been shooting for the next instalment of cult buddy comedy franchise ‘Fukrey’ in Delhi, took time off the sets and made a special visit to one of India’s reputed educational institutes – IIT Kharagpur – to deliver a special speech for the students. 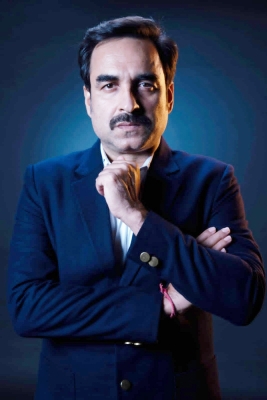 Pankaj spoke about the importance of education in today’s times. He stressed on the fact that there should be clarity of thought when it comes to life and career goals for all students alike.

Pankaj said, “I’ve always advocated young minds and their ways of understanding today’s education system and dealing with it. It was my privilege to be the part of a session in conversation with the students of IIT Kharagpur, which is one of the most reputed and oldest educational institutions in the country. I took out sometime from my ongoing shooting schedule to speak to these students who are the future of our country.

He added: “During the conversation I tried to share my experience, knowledge that I gained over the years benefiting them in some way or the other. It was a two communication session an exchange of knowledge and wisdom between the newer and experienced generation. I thoroughly enjoyed the entire conversation with them and look forward to being part for such healthy conversation.”

Hyderabad– Tamil hero Thalapathy Vijay and Pooja Hegde’s ‘Beast’ is gearing up for its grand release soon. Director Nelson Dilip Kumar, who is excited about the forthcoming release, reveals the reason behind roping in Pooja Hegde for the role. 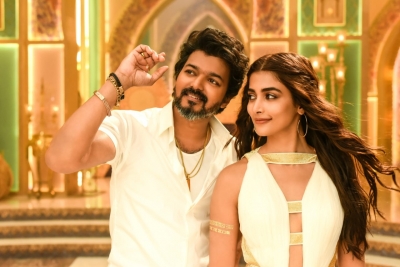 The writer-director of Tamil’s much-awaited movie ‘Beast’ states that he envisioned that Pooja Hegde would not only spark great chemistry with the star but also would emerge as the perfect fit for the part in the movie.

In an exclusive interaction, Nelson Dilipkumar said, “When we were finalizing the cast for ‘Beast’, ‘Ala Vaikunthapurramuloo’ had also just released. In that movie, Pooja had done a fabulous job and won hearts nationally. I wanted a pairing that would be new and fresh, someone who has never worked with Vijay sir.”

Nelson also stated that Pooja had worked hard for the role in ‘Beast’, even though Tamil is not her native language. “She learned the language and spoke her lines”, Nelson Dilipkumar conveyed.

Beast is written and directed by Nelson Dilipkumar and is produced by Sun Pictures. The music of the film is composed by Anirudh Ravichander.

It will be released by UFO Moviez in Hindi, Tamil and Telugu on the same day across north India. (IANS)