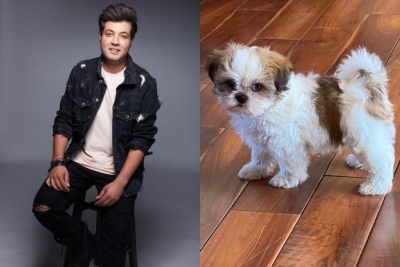 Mumbai– Bollywood’s young comedy king Varun Sharma, who celebrates his birthday on Friday, turned a dog parent as his mother gifted him a 55-day-old Shih Tzu pup. The actor always wanted to have a furry companion.

Talking about the pup, the actor said: “All my childhood, I have been after my mother to get me a puppy. She’d say that one day when I can shoulder the responsibility, she’d get me one. Over the years as I joined movies and life got busier, I kept the plan of being a pet parent on hold. With long schedules, relentless work days, it felt like a distant dream.”

He added: “This time, when I got home and found this little ball of energy running towards me, I felt the happiest I have ever been. It’s a sense of growing up that my mother trusts me to take care of a puppy and more than anything I know I am ready to be a pet parent.”

On the work front, the actor has ‘Cirkus’ and ‘Fukrey’ as well as an untitled film lined up for release.

Hyderabad– Rana Daggubati-starrer ‘1945’, which had a recent theatrical release, and then disappeared without a trace at the box office, is all set to hit a digital platform. 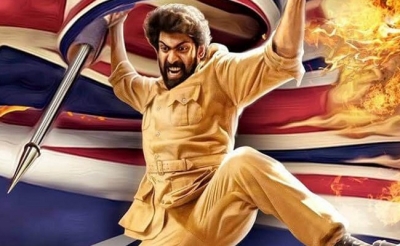 The movie, set against the backdrop of India before Independence, was released on January 7, despite the Covid surge and the ticket pricing row in Andhra Pradesh.

Now that it has been in the theatrical circuit for a month, its makers have the option of moving to an OTT platform.

Sun NXT has announced that ‘1945’ will be made available for streaming on the platform from February 7. “Get ready for some goosebumps as Aadi battles for this motherland! ‘1945’ premiering on February 7 only on #SUNNXT,” the tweet from the platform reads.

‘1945’, incidentally, had been under wraps for years before it finally saw the light of day in January. Sathya Siva directed the film, which is based on India’s independence struggle. Yuvan Shankar Raju has composed the music for the action drama. 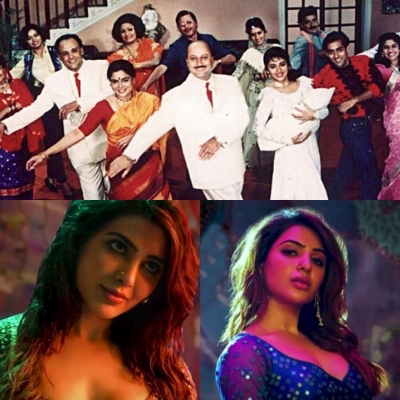 Kher’s edited video features late actress Reema Lagoo as she seems to lip-sync to the item song, followed by the entire scene edited in a way that is in sync with Devi Sri Prasad’s Telugu composition, which is burning the charts.

Adding to the humour, Kher wrote: “Samdhan Ji is back.”

He added: “Keeping with the trend. An iconic song from #HumAapkeHaiKoun appreciates a very popular song from #Pushpa in its own inimitable style! Enjoy! #Koka #AajHamareDilMei @alluarjun@Samanthaprabhu2.”

The item number has been covered in many different renditions, which have increased the buzz around the sizzler exponentially from the time of the Allu Arjun, Rashmika Mandanna-starrer’s release.

Mumbai– Italian actor and ‘365 Days’ star Michele Morrone is all set to make his Indian debut with the upcoming track ‘Mud Mud Ke’ alongside Jacqueline Fernandez, the poster of which was released on Friday. 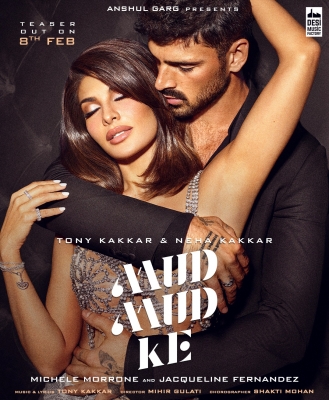 The music for the track has been composed by Tony Kakkar, who has also performed the song along with Neha Kakkar, with Shakti Mohan doing the choreography.

The music video has been directed by Mihir Gulati and its teaser will be released on February 8.

Talking about his Indian debut, Michele Morrone said: “I’m grateful for such a heartfelt welcome. I’m aware that the music of India has a wide reach and it defines the nation’s heritage.”

The song will be released under the Desi Music Factory label.

Morrone added: “It is truly an honour to be part of the music industry that has entertained listeners across the globe. I thank the makers of ‘Mud Mud Ke’ and everyone at Desi Music Factory.”

Commenting on her association with the music video, Fernandez said: “It’s wonderful to be welcoming Michele Morrone to India with ‘Mud Mud Ke’. As the nation’s musical identity is changing and the world is getting smaller, it is fitting to have Michele join us. Kudos to Desi Music Factory for stirring things up in the music scene with this unique collaboration.”

Post-‘RRR’, is Alia Bhatt eyeing another film with Jr NTR?

Hyderabad– A hint dropped by Alia Bhatt at the trailer screening of ‘Gangubai Kathiawadi’ in Mumbai on Thursday evening has intensified speculation that she will join hands with her ‘RRR’ lead star Jr NTR for an upcoming Telugu movie. 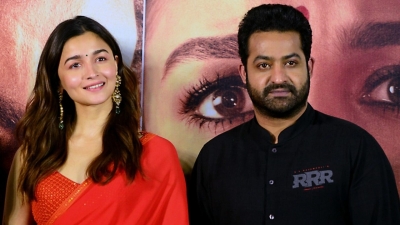 Tentatively titled ‘NTR30’, Jr NTR’s upcoming movie is reported to be helmed by Koratala Siva of ‘Mirchi’ fame. The yet-to-be-launched movie is rumoured to have Alia Bhatt as the female lead opposite Jr NTR.

In the interesting turn of events at the trailer launch of the Alia Bhatt-starrer ‘Gangubai Kathiawadi’, the actress was quizzed about her upcoming movies.

In her reply, she said: “There is ‘RRR’ obviously. Then there is another project, which I shouldn’t be commenting about just yet.” Tollywood insiders said it was a confirmation of the news doing the rounds that Alia and Jr NTR will collaborate for the second time after S.S. Rajamouli’s magnum opus.

Jr NTR, meanwhile, is all set for the launch of two of his big-ticket movies, one of which is to be directed by Koratala Siva and the other by ‘Julayi’ director Trivikram Srinivas.

NTR is also in talks for another interesting script, which is to be directed by Buchi Babu Sana of ‘Uppena’ fame. (IANS)