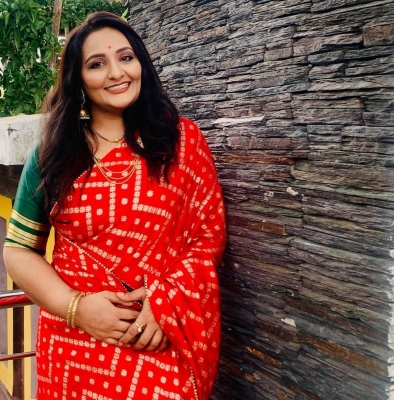 Mumbai– Actress Urvashi Upadhyay, who is popularly loved for her role of Sudha in the television show ‘Thapki Pyar Ki 2’, wants to do reality shows.

She says: “As I had earlier played so many negative and grey shaded roles, now I want to connect my audience with my real identity. I want them to see who Urvashi is in real life. And I personally feel reality shows are the best medium that can help me. I’m looking ahead for an opportunity to be able to take up such a show.”

Urvashi known for featuring in shows like ‘Ishq Subhan Allah’, ‘Hamari Devrani’, ‘Dil Se Dil Tak’, ‘Dil Ki Nazar Se Khoobsurat’ and ‘Ek Ghar Banaunga’ shares about the challenges she has been through in her life.

She continues: “In my life I have seen lots of up and down. And overcome many worst situations. I feel to be very strong and upfront to handle challenging situations and controversial people in such shows. I’m very opinionated person and function according to my own principles. I’m also very creative and hardworking individual. I feel to have all qualities to be part of such shows.” 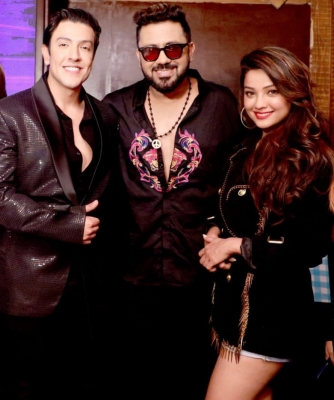 Directed by Arzad Naaz, ‘Barsaye’ is a romantic Hindi song.

Speaking on the same, Adaa says:”When I heard the song for the first time, I actually got goosebumps. It’s an extremely pleasant and beautiful song. It will lead you to a different world.”

Rahul shares about his experience of shooting for the song and also opens up about the entire theme behind the track.

“I have so many emotions attached with this particular song. This song is very overwhelming. Even when I was recording this song, I got goosebumps.”

Actor Kabeer adds to the conversation, saying: “I have always been Rahul Jain’s fan. His songs are always on my loop. When I was offered the song ‘Barsaye’, I was like wow! I am sure music lovers will absolutely love the song.”

Mumbai– It’s been a few days since Bollywood star couple Ranbir Kapoor and Alia Bhatt tied the nuptial knot but the fever for the most hyped wedding of the year simply refuses to die down. 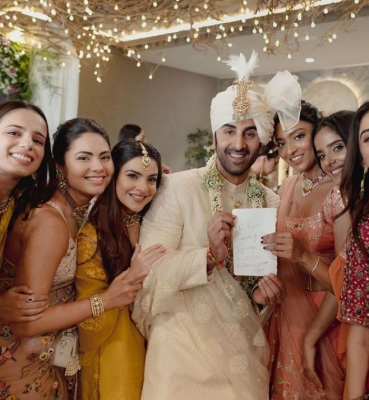 A new picture that has surfaced on the Internet, shows the ‘Tamasha’ actor pledging Rs 12 lakh to the bridesmaids.

Alia Bhatt’s close friend Tanya Saha Gupta shared some pictures of the Ranbir-Alia wedding on her Instagram. In the picture, Ranbir can be seen surrounded by the bridesmaids as he holds a note, which reads, “I, Ranbir, husband of Alia pledge 12 lakhs to all the bridesmaids.”

Tanya also shared many more pictures from the wedding which signify the love and laughter that were a constant throughout the wedding festivities. Alia and Ranbir got married on April 14 after dating for almost five years.

Their love story started on the sets of the upcoming film ‘Brahmastra’ which is set to arrive in cinemas on September 9.

Shruti Haasan is back on the sets of ‘Mega 154’

Hyderabad– Shruti Haasan took to Instagram on Tuesday morning to announce that she is back on the sets of ‘Mega 154’ which is billed as a mass entertainer.

Posing in her gym attire, Shruti is seen all masked up, as she poses for a picture with the update on the film.

‘Mega 154’ is an upcoming Telugu film directed by Bobby and produced by Naveen Yerneni and Y Ravi Shankar. It stars Chiranjeevi in the lead role.

Shruti Haasan will be seen opposite Chiranjeevi for the first time. Fans are excited about how the pair would create their chemistry on screen.

The film features music by ‘Rockstar’ Devi Sri Prasad, who has worked with Chiranjeevi on several chartbuster albums.

Shruti was last seen in ‘Krack’ starring Ravi Teja. She will be seen opposite Balakrishna in his upcoming movie directed by Gopichand Mallineni.

Ranveer Singh: ‘Jayeshbhai Jordaar’ is a film with the biggest heart in my body of work

Mumbai– Superstar Ranveer Singh says that his upcoming movie ‘Jayeshbhai Jordaar’ is a film with the ‘biggest heart’ in his stellar body of work in which he has collaborated with the biggest directors of the country. 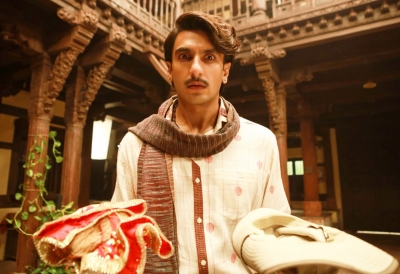 Ranveer says, “I have been blessed and fortunate to have found remarkable scripts that have stood out and touched people. I’m grateful for them and I’m also proud of the work that I have done to bring those roles to life on screen.

“It has taken everything out of me but I have always believed that if I have to be the best actor-entertainer of the country, then I have to do things that no one would attempt doing.”

He adds, ‘Jayeshbhai Jordaar’ is a film that I have relished being a part of because it has again pushed me to shape-shift into becoming a character with absolutely no reference point in Hindi cinema.

Ranveer stressed that a character like Jayeshbhai has not been seen.

“He is not your typical hero. He discovers heroism when he is pushed to the brink and he is, according to me, one of the most lovable heroes in the history of Hindi cinema.”

Ranveer further says, “Hopefully, Jayeshbhai will change the definition of heroism on screen and hopefully leave an important message to people in the most entertaining and hilarious fashion. Jayeshbhai Jordaar is undoubtedly a film with the biggest heart in my body of work.”

“It will make people laugh, cry, ponder and feel really, really warm when they see a feel-good film whose hero is the most innocent and honest person that you have met in a long, long time.”

About what he loves about the character of Jayeshbhai and his expectations from the film, Ranveer says, “He is quick witted and he has his heart in the right place. The script is just remarkable. You don’t find these films every day. Jayeshbhai is a rare product. It has certainly turned out to be really special. I hope we manage to entertain everyone with this film because it is really meant for everyone to enjoy.

“It is a community experience with your friends and families. You will know when you see this trailer. It is a celebration of human spirit which will fill you up from within when you experience it on the big screen.”