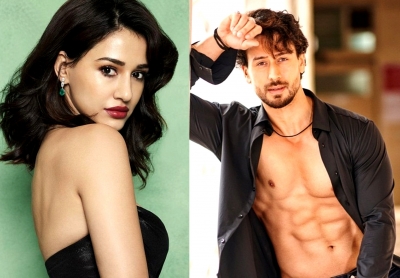 Mumbai– Bollywood action star Tiger Shroff recently appeared on the the 9th episode of the popular chat show ‘Koffee With Karan’ and spoke about the kind of relationship he shares with Disha Patani. The two have been rumoured to be dating for a few years but in the recent episode, Tiger chose to call Disha his “friend” and said that he is “single”.

When Karan probed him about dating Disha, the ‘War’ star said: “I’m just very good friends just like I always have been.” To which Karan replied by saying: “You can’t use that line anymore, Tiger.”

“You all made Bastian become the hottest restaurant because every Sunday we saw you in and out to a point I was like, ‘This is like a routine. Tiger and Disha are at Bastian every Sunday,'” Karan said as he further teased him.

Undeterred, Tiger firmly stood his ground as he said: “We like eating the same food. Maybe that’s why we go to that restaurant together.”

He then set the record straight by commenting on their breakup rumours: “Well, there’s been speculation on us for a very long time. We’ve always maintained we are amazing friends and that’s what it is today (sic),” Tiger said.

When Karan pushed him for the last time asking if he’s single now, Tiger replied, “Yeah, I think so.”

Mumbai– Bollywood superstar Salman Khan along with his family welcomed Ganpati at his sister Arpita’s home and even shared a video of performing aarti.

Salman took to Instagram, where he shared a small clip from the celebrations. In the video, the ‘Dabangg’ star is seen performing aarti dressed in a white shirt paired with denims.

Soon after him, Arpita and her actor husband Aayush Sharma are seen doing the aarti and praying.

The superstar is a believer in all faiths. His Father Salim Khan’s first wife Salma is a Maharashtrian Brahmin and the second, is former Bollywood actress Helen, a Catholic. They celebrate Eid, Ganpati, Diwali and Christmas with full fervour.

On the work front, Salman on completing 34 years in Hindi cinema on August 26, announced that the title of his movie ‘Kabhi Eid Kabhi Diwali’ has been re-christened to ‘Kisi Ka Bhai.. Kisi Ki Jaan’.

Rajkummar Rao feels Thor is the ‘most filmy Avenger’

Mumbai– Bollywood actor Rajkummar Rao is a ‘Thor’ superfan by his own admission. The actor is mind blown by the filmy avatar of Thor in his fourth MCU solo film ‘Thor: Love and Thunder’. The actor shared his thoughts and liking about the superhero in a special video where he can be seen lauding the film in the classic tapori style. 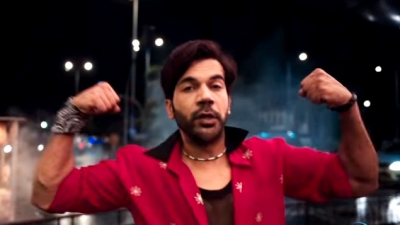 Selling an “Ek Ka Teen,” Rao then praises Thor, saying he’s a three-in-one superhero with romance, comedy, and mind-bending action skills and adds that the movie is set to give viewers jaw-dropping reactions.

Elaborating his love for ‘Thor: Love and Thunder’, Rao said, “Thor is the most filmy Avenger of them all! When I watched Thor: Love and Thunder, all I could think of was how perfectly it combined drama, action, romance, and comedy. I was thoroughly entertained and I remember laughing so hard during the film. It is a classic entertainer – Chris Hemsworth has done absolute justice to the role.”

Directed by Taika Waititi from a screenplay by Waititi and Jennifer Kaytin Robinson, ‘Thor: Love and Thunder’ is set to premiere on Disney+ Hotstar in Hindi, Tamil, Telugu, Malayalam, Kannada, and English.

Mumbai– Debutante actress Pooja Pandey will be seen playing a challenging role of a rape victim in the upcoming film ‘Siya’ and to portray it perfectly she had met sexual assault survivors before shooting. 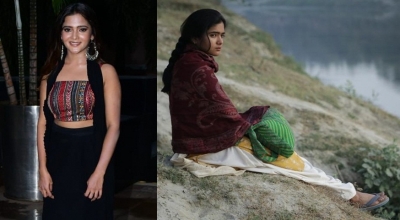 Sharing her experience, she says: “To understand their agony, struggle and journey it was very important for me to meet them and build a close bond with them. Getting to know them was an eye opener for me and it was such a great learning experience for me. It has immensely helped me to shape my character and to play my part well on screen.”

Pooja further elaborates that these women are daring and strong to face the hurdles in life and their story needs to come out in front of everyone.

“These women are real brave hearts and their story is something the world should be aware of. Women are not weak, they are empowered and strong and to have such cases prevalent is heart wrenching. It was very difficult for me to keep a straight face while listening to these survivors’ stories and I had broken down during our meeting with them,” she concludes.

Manish Mundra’s directorial venture ‘Siya’ features Vineet Kumar Singh and debutant Pooja Pandey in pivotal roles. It is the story of girl, who is sexually assaulted and what all she has to go through in her life and fight for the justice.

Mumbai– Actress Amruta Khanvilkar, who has worked in Marathi cinema, made her Bollywood debut in 2007 with ‘Mumbai Salsa’ but gained the spotlight in 2009 with the music video ‘Aye Hip Hopper’, says despite being an established actor in any regional language it is never easy to get a break in Bollywood. 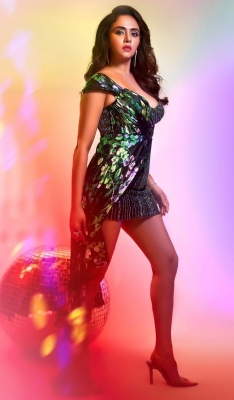 “I think Bollywood, in general, is very hard to crack for everybody, be it regional or Hindi-speaking people,” said the 37-year-old actress, who gained popularity in 2010 with her Lavani dance performance ‘Wajale ki bara’ in the Marathi film ‘Natarang’.

Amruta says Bollywood has a lot of stereotypes.

“The thing about Bollywood is that there are a lot of stereotypes. Like, there are actors and then there are stars and superstars, so there is a lot of bifurcation unlike in Marathi industry. I’ve been fortunate because I have worked with a few of these great filmmakers, be it Meghna Gulzar, Milap Zaveri, or Mohit Suri,” she says.

Furthermore, she shares that OTT has equipped every actor with equal opportunities.

“Today, because of OTT, because of so much content being produced, every actor from every region has an equal chance. Today, any outsider can come and make his mark in Bollywood,” concluded the actress, who has appeared in supporting roles in films ‘Raazi’, ‘Satyameva Jayate’ and ‘Malang’.

Mumbai– Ahead of its Hindi version release, the trailer of the Dulquer Salman, Mrunal Thakur and Rashmika Mandana-starrer South Indian blockbuster Sita Ramam was released on Thursday. Helmed by Hanu Raghavapudi, the period romance showcases the fact that humanity matters more than war, boundaries and religion. 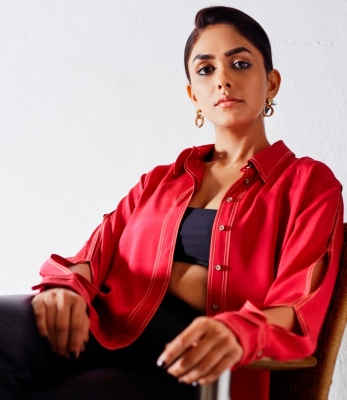 Mrunal, who made her Telugu debut with the film, commented saying, “I could not have asked for a better debut in any of the Southern movies. The love that I have been getting is incredible.”

She added, “And above all, it is a beautiful and a sweet story and I am glad that with the movie being dubbed in Hindi it is going to reach more people. As an actor, I am almost getting the best of both worlds.”

The period romantic drama, was released on August 5 in Telugu, Tamil and Malayalam and has been going strong at the box-office. Presented by Dr. Jayantilal Gada of Pen Studios & Swapna, the movie is set to release in Hindi on September 2 in cinemas.

Big B tests Covid negative, goes back to work

Mumbai– Megastar Amitabh Bachchan is going back to work as he has tested negative for Covid. 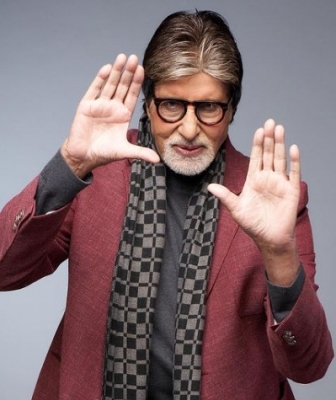 Amitabh took to his blog on Wednesday night and shared that his nine days in isolation got over and that he has tested negative.

“Back at work .. your prayers gratitude .. negative last night .. and 9 days isolation over .. mandatory is 7 days,” he wrote on his blog.

The thespian paid gratitude to his fans, whom he fondly calls his extended family or EF.

“My love as ever to all .. you are kind and concerned throughout .. the family Ef so full of care …. have only my folded hands for you.”

It was on August 24, when Amitabh shared that he tested positive for Covid. He had tweeted: “I have just tested CoViD positive .. all those that have been in my vicinity and around me, please get yourself checked and tested also.”

Big B, who will next be seen on the big screen in Ayan Mukerji’s ‘Brahmastra – Part One: Shiva’, ‘Uunchai’, ‘Goodbye’ and the much-awaited ‘Adi Purush’ with Telugu star Prabhas, had earlier tested positive in July 2020 and isolated himself in Mumbai’s Nanavati Hospital.

His son Abhishek Bachchan had also tested positive, followed by daughter-in-law Aishwarya Rai Bachchan and granddaughter Aradhya. Big B returned home after a three-week stay in the hospital in early August 2020. (IANS)