Mumbai– Actress Swara Bhaskar, who suffered from Covid, has recovered and is now back in the studio for the dubbing of her upcoming film ‘Jahaan Chaar Yaar’. She says even though she feels happy to be back in work, her body requires more rest.

Swara said, “I was supposed to dub for this film earlier, but unfortunately, it got delayed due to COVID-19. I have been feeling very pressured about having to complete my work for the movie. As soon as I tested negative for COVID, I flew to Mumbai and headed for the dubbing straight from the airport. I am glad to be back at work and I am really enjoying dubbing as it is a process I enjoy in general too.”

However, she also mentioned how she is still taking more time to deal with the fatigue that happens post-Covid.

“Covid fatigue is a real thing and I have realised that while being back at work; the weakness that it leaves is very real so I am trying to rest adequately and also ensuring that I continue working. I dub for 3-4 hours and rest for the entire day making sure I don’t overwork myself,” shared the actress.

Mumbai– Known for his comic timing in several films, actor Aparshakti Khurana says now that he has two thriller films back to back in his kitty, he has started enjoying this genre.

Recently Aparshakti finished shooting for a thriller film ‘Dokha Round D Corner’, now he is gearing up for ‘Berlin’, a film that is directed by Atul Sabharwal.

Talking about experimenting with genres, he said, “The best part about experimenting with this genre (in my case) is that I don’t have to worry about the credibility of the final product. With veteran producers like Zee Studios and Manav Shrivastav along with such an experienced director like Atul Sir are on board for the project, all I have to do is make sure that I do my best in terms of the performance.

“After ‘Dokha Round D Corner’, this would be my second time grabbing the guns in a serious role, but I can safely say that I am equally excited (if not more) for this one as well. I am going to thoroughly enjoy myself while shooting for ‘Berlin’; look forward to entertaining the audience with even more varied and diversified roles.”

The actor is known for delivering some of the comical performances in films like ‘Dangal’, ‘Badrinath Ki Dulhania’, ‘Stree’, ‘Luka Chuppi’, ‘Pati Patni Aur Woh’, and ‘Helmet’ among others.

Mumbai– Bollywood star Hrithik Roshan has shared a glimpse of his 68-year-old mother Pinkie Roshan’s intense workout. The actor says it gives him hope that everyone can continue to get better no matter what the age. 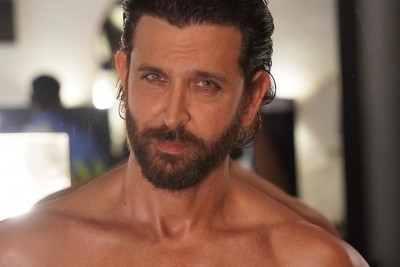 Hrithik on Thursday posted a slew of video clips, where his mother is seen doing high intensity workout.

He wrote as the caption: “To see her giving her all to fitness and wellness at the age of 68 gives me hope that we all can continue to get better no matter what the age. A big, big hug to all of you out there for supporting and sharing this relentless, joyful passion with my mom.”

The actor said that he knows his mother has bad days “we all do, and time and again I have seen how hard it is for her to get into the gym and get started.”

“But she does it because of the sense of community she has started feeling with all of you supporting her on insta. So this really is a thank you post for all of you helping my mom get stronger. I wish and pray that everyone out there who is pushing themselves to get better has that support from friends and family. I wish you all a beautiful day.”

Hrithik shared that his mother started working out at the age of 58.

“Just thought I should add that fact for other parents who feel it’s too late for them. It’s NEVER too late. Do it for your kids. They will love you for it,” he wrote.

On the work front, Hrithik will next be seen in ‘Vikram Vedha’.

The film stars Hrithik and Saif Ali Khan in lead roles, with Radhika Apte in a crucial role. Pushkar and Gayatri, the original writers and directors, are donning the director’s hats for the Hindi remake as well.

Mumbai– Bollywood actress and former Miss Universe Sushmita Sen is elated on being conferred the International Association of Working Women Award for an outstanding performance by a female actor in a TV series for her show ‘Aarya 2’. 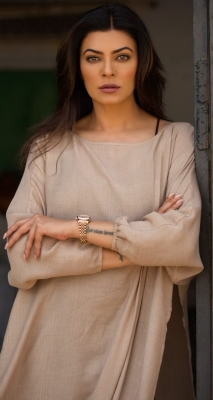 The award is presented by the DC South Asian Film Festival (DCSAFF), which is currently underway virtually starting from January 16 to January 30.

The actress credits the team of ‘Aarya’ for working tirelessly for the show that is now gaining global recognition. Sharing her excitement, the actress said in a statement, “I am overwhelmed with all the love and appreciation being showered on ‘Aarya 2’. The entire team has worked strenuously to put together a work of art that would be loved by everyone.”

“It’s euphoric to win the International Association of Working Women Award for an outstanding performance by a female actor in a television series. I would like to thank the organisers of the DC South Asian Film Festival for bestowing this honour on me and the entire team. This is surreal!” the statement further said.

Talking about DCSAFF, the film fest which started in 2012 featuring Shyam Benegal’s classic film ‘Mammo’ as the opening title, is currently in its 10th edition and will feature films from India, Pakistan, Nepal, Canada, and the US and many regional languages.

The 2022 edition of the film fest opened with a book discussion with writer, director, and actor Ananth Mahadevan about his new book ‘Once Upon A Prime Time’ and the Nepali feature film ‘Mahanagar/One Night in Kathmandu’, directed by Mohan Rai. Filmmaker Vishal Chaliha’s Assamese film ‘Sijou’ will be the closing film of DCSAFF 2022 on January 30.

Kapil Sharma: Mumbai gives ‘scooterwalas’ like me an opportunity

Mumbai– Comedian and actor Kapil Sharma, who is gearing up for his streaming debut on Netflix with the stand-up special ‘Kapil Sharma: I’m Not Done Yet’, has shared some anecdotes from his struggling days. 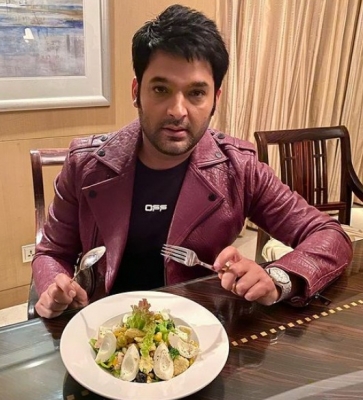 In a candid conversation, while narrating his initial struggling days, Kapil said: “I had no plan as such. People will laugh if I tell them how I started. Maine pehle BSF ke liye try ki, fir army mein gaya (I first tried in BSF and then army), my father and uncles were part of the police force.”

Recalling his first time in Mumbai, Kapil said: “I remember the first time I came to Mumbai with my friends. We would roam around Juhu Beach looking out for directors as if they had nothing better to do in life. From then to now – things have changed so much.”

“That’s Mumbai, that’s what it does. It gives scooterwalas like me an opportunity to stand on a stage and entertain people.”

The star comedian went down memory lane and said: “Mujhe yaad hai mai bilkul naya tha Mumbai mein (I remember I was very new in Mumbai) and was unaware of what was coming my way, making my way through the bustling streets of Mumbai, only dreaming of being where I am now.”

‘Kapil Sharma: I’m Not Done Yet’ is releasing on January 28 on Netflix. (IANS)