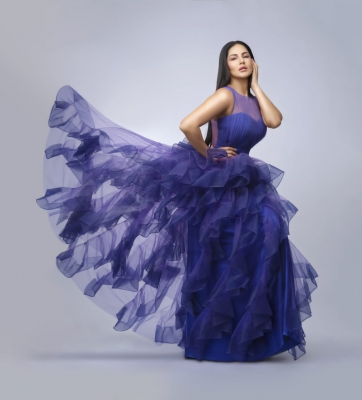 Sunny Leone: Grateful that Bollywood accepted me with open arms

Mumbai– It has been a 10-year-long journey in Hindi cinema for Sunny Leone, who feels grateful that Bollywood has accepted her with open arms and that career in cinema reiterates her faith in the fact that hard work always yields result.

Talking about her journey, the actress said: “When my husband Daniel Weber and I first started working, we borrowed money from the banks to start our first company and we turned that into a successful venture.

“When Bollywood happened to us, it was the next chapter in my entertainment career. It’s been an amazing journey ever since. I am humbled. The amazing love and support that my fans have showered on me has helped me scale new heights. I wouldn’t have been able to do it without their appreciation.

“My journey in cinema reiterates my faith in the fact that hard work always yields results. I love my life and I love my job.

“I have a wonderful family, a great partner in Daniel, three beautiful children, a lovely home and a career that I have worked hard to put together.

“I work every day, sometimes without any offs and I have never been satisfied with where I am. I am grateful that Bollywood accepted me with open arms and I have been able to create for myself a space in an industry that happens only to chosen ones.”

Mumbai– Actress Rashmika Mandanna, who impressed the audience as Srivalli in the Allu Arjun-starrer blockbuster ‘Pushpa: The Rise’, recently dropped a picture from the sets of her upcoming film ‘Animal’, in which she stars opposite Ranbir Kapoor, who is fresh off the box office debacle of ‘Shamshera’. 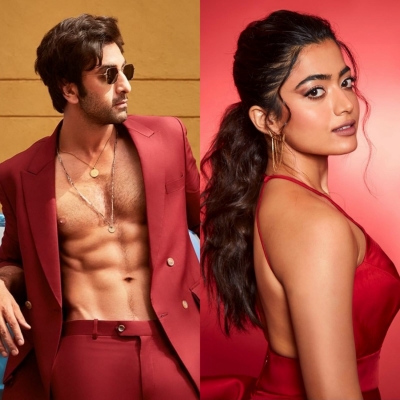 The two are currently shooting for the film in Mumbai.

In the picture, Ranbir can also be seen making a cameo with his hands forming ‘The Korean heart’ which Rashmika often makes to greet people.

The actress wrote on the picture, “@sandeepreddy.vanga and RK Both say hi.”

On the work front, in addition to ‘Animal’, the actress has the family entertainer ‘Goodbye’ starring Amitabh Bachchan due for release on October 6, the sequel of ‘Pushpa’, ‘Mission Majnu’ opposite Sidharth Malhotra, and the Tamil language drama ‘Varisu’ with Vijay Thalapatty, in the pipeline.

Mumbai– Actress Kangana Ranaut has targeted Bollywood superstar Aamir Khan, whom she tagged as a “mastermind” for skillfully creating negativity around his upcoming release ‘Laal Singh Chaddha’, and that he made “Hinduphobic” film ‘PK’. 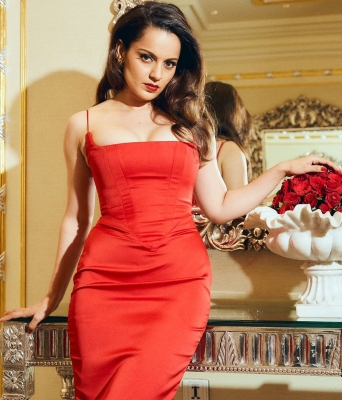 Kangana took to her Instagram Story where she lashed out at Aamir and asked him to stop “making it about religion or ideology”.

She wrote: “I think all the negativity around upcoming release ‘Laal Singh Chadda’ is skill fully curated by mastermind Aamir Khan Ji himself.”

“I think all the negativity around upcoming release ‘Laal Singh Chadda’ is skillfully curated by mastermind Aamir Khan Ji himself, this year no Hindi films have worked (barring one exception of a comedy sequel).

“Only south films deeply rooted in Indian culture or with local flavour have worked, a Hollywood remake would have not worked anyway.”

She added: “But now they will call India intolerant, Hindi films need to understand the pulse of audiences it’s not about being a Hindu or Muslim.”

“Even after Aamir Khan ji made Hinduphobic ‘PK’ or called India intolerant he gave biggest hits of his life please stop making it about religion or ideology, it’s takes away from their bad acting and bad films.”

Some influencers stooping to any level to get likes, says Sada

Chennai– Actress Sada, who was one of the top actresses in the Tamil and Telugu film industries until a few years ago, on Wednesday lamented that the line between good and bad influence was thinning out and that some influencers/celebrities were stooping to any level to get views and likes. 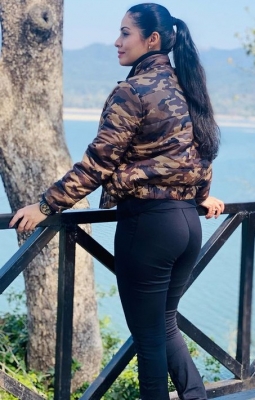 Taking to Instagram to pen a post on the issue, Sada, who has been a part of superhits like Vikram-starrer ‘Anniyan’, Madhavan-starrer ‘Ethiree’ and late director Jeeva’s ‘Unnale Unnale’, said, “With social media booming like never before, with every second person choosing to be a Content Creator/Influencer, the line between good and bad influence is thinning out.

“Some influencers/celebs choose to stoop to any level to get views and likes. What they forget is they are giving out a wrong unethical message to the younger generations that are naive and mostly will follow them blindly.”

Calling the development “scary and an inappropriate use of power of influence”, the actress said, “It’s disheartening to see morals, integrity and wisdom all taking a back seat in this process.”

“Leave this world with an influence that’ll be remembered for good even after you are gone,” the actress said.

Mumbai– Even as anticipation surrounds the theatrical release of Aamir Khan’s film ‘Laal Singh Chaddha’, the star has made it clear that he is in no particular hurry to stream the movie on OTT. 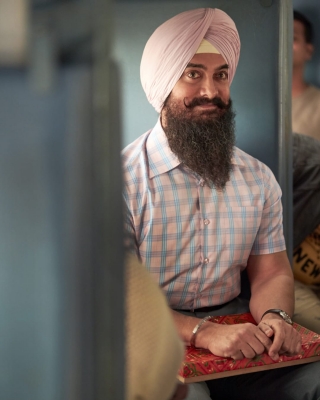 While most films release on OTT soon after they hit the cinema, Aamir Khan is not in favour of an early OTT release.

He says: “One of the reasons primarily I think the curiosity of going to theaters has reduced because films come on OTT right after they come in theaters, they come on OTT very fast.”

The star has been creating a buzz with a series of events centered around the film’s trailers and teasers.

Meanwhile, the trailer of ‘Laal Singh Chaddha’ is receiving love from all quarters. The audience is looking forward to seeing Aamir Khan depict the life journey of Laal Singh Chadhha.