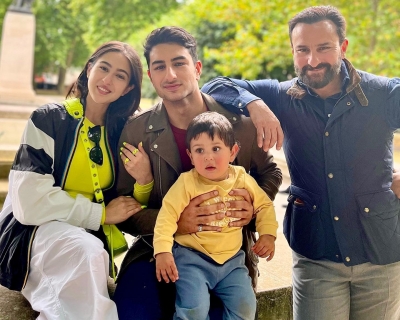 Sara shares her ‘keeping up with the Pataudis’ moment

Sara is currently in London holidaying with her family. She took to Instagram where she shared a gamut of pictures featuring Ibrahim, Saif and Jeh. Actress Kareena Kapoor Khan and Taimur Ali Khan are absent in the pictures.

Sara captioned the image: “Keeping up with the Pataudi’s.”

On the work front, Sara was last seen on screen in Aanand L. Rai’s ‘Atrangi Re’. She will next be seen in ‘Gaslight’, which also stars Vikrant Massey. She also has filmmaker Laxman Utekar’s untitled project with Vicky Kaushal. 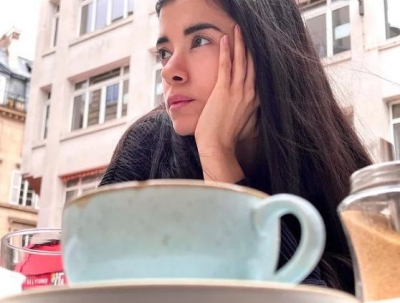 The couple, who reportedly made their relationship official earlier this year, are currently enjoying their holiday in the city of love — Paris.

Hrithik, who is fondly called as the Greek God of Bollywood courtesy his sharp looks, clicked a candid portrait of Saba, who shared the “love-filled” picture on her Instagram.

The photograph shows her sitting in an an outdoor restaurant. A cup of coffee is seen in front of her while she looked away from the camera.

Alongside the picture she wrote: “Not a selfie, not my coffee. Image by @hrithikroshan.”

She gave the location to be Paris, France.

On the work front, Hrithik will be seen in the Hindi remake of the Tamil film ‘Vikram Vedha’ alongside actor Saif Ali Khan. The film is scheduled for release on September 30, 2022, and also stars Radhika Apte. 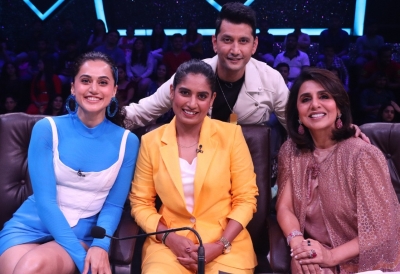 Helmed by Srijit Mukherji, this movie is a biopic on former Indian cricketer Mithali Raj where Taapsee will be seen essaying the role of the cricketer.

Taapsee shares her experience of working with the late actor: “Rishi Kapoor ji was fun to be around during work. Initially when I met him the first thing he said was, ‘what kind of name is this, Taapsee?’in jest”.

She continues: “Rishi ji used to call me a veteran actor after knowing that I have done 10 South Indian films. During the ‘Mulk’ shoot, we shared a great bond and had a good time working together. I used to call him a bully bag.”

Mumbai– Bollywood star Aishwarya Rai Bachchan has a doppleganger in Mahlagha Jaberi and fans on social media can’t stop talking about the uncanny resemblance between the two. 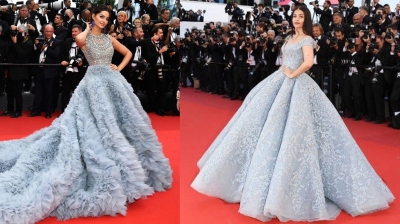 Aishwarya’s lookalike is identified as the 33-years-old Iranian-American fashion model who is based out of California. She is also a sensation on Instagram where she has a following of 4.1 million.

Jaberi has walked the red carpet at Cannes film festival in 2021 and 2022 and has also been a part of several fashion celebrations.

Aishwarya is the winner of Miss World 1994 pageant. She is known for her work in Hindi and Tamil films. In her two-decade-long journey in acting business, Aishwarya has received numerous accolades, including the Padma Shri in 2009 and the Ordre des Arts et des Lettres by the Government of France in 2012.

On the work front, Aishwarya will be seen in Mani Ratnam’s ‘Ponniyin Selvan’.

The film is based on the classic Tamil novel Ponniyin Selvan by eminent writer Kalki. The film, called by Mani Ratnam as his dream project, will be among the most expensive projects ever undertaken in the country.

The film has the best business handling for each of its departments. A. R. Rahman is scoring the music for this epic film and cinematography is by Ravi Varman. National Award winning art director Thotta Tharani is in charge of production design while Mani Ratnam’s trusted editor Sreekar Prasad is the editor.

Mumbai–  Former beauty queen and actress Manushi Chillar is on a signing spree after her debut with ‘Samrat Prithviraj’. She will be seen sharing screen space with actor Vicky Kaushal in the upcoming film ‘The Great Indian Family’ and has also signed the dotted lines for her third film. 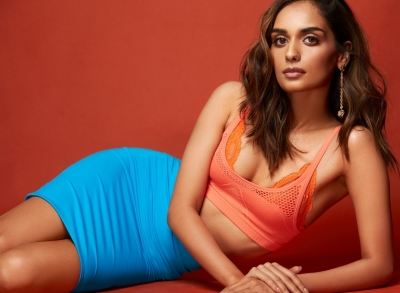 Manushi has reportedly signed another big ticket film, this time an action entertainer that will be shot in Europe.

Source told IANS: “Manushi will be leaving soon for the UK, France and other parts of Europe, which are some of the locations for her intial shoot schedule”.

The source says, “Manushi will be seen in an all new avatar in this action entertainer. She mesmerised everyone with her screen presence in ‘Samrat Prithviraj’ in which she played the role of the gorgeous Indian Princess, Sanyogita.”

“Now, she will train hard to impress everyone with her action avatar in this project. It is an ambitious project and the makers wanted to cast a new face with a great on-screen personality. Manushi fit the bill to a T. This will be the third film in her filmography.”

Details of the project are under wraps. (IANS)