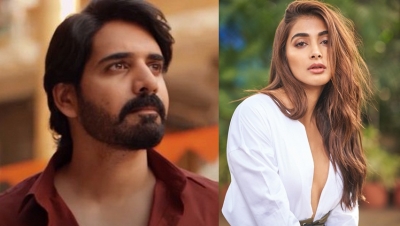 Maa Neella Tank, which marks the OTT debut of Tollywood actor Sushanth, will be streaming on ZEE5. The eight-episode series, which also stars Priya Anand, is a feel-good village dramedy. The series has been directed by Lakshmi Soujanya.

Commenting on the release, Manish Kalra, Chief Business Officer, ZEE5 India says that, “At ZEE5, we are focused at delivering the best content for our viewers while working with Telugu industry’s foremost storytellers and are happy to present our next Telugu Original, Maa Neella Tank. The series is based in a small town but is aspirational in nature and marks Sushanth’s OTT debut. We are confident that it will strike a chord with our viewers and with more such stories, we hope to continue delivering extraordinary entertainment to ZEE5 audience around the world.”

The trailer opens with Sushanth’s cop character laughing off small-town problems. We then see that Sudarshan’s character is threatening to die by suicide if Surekha (Priya Anand) doesn’t accept his proposal. A montage song lends a cinematic touch. Surekha shares a strained relationship with the male lead, something hinting at depth in the love story. The male protagonist comes of age eventually, turning teary-eyed over a lie he had uttered to the female lead.

ZEE5 has been dishing out a wide variety of content in various formats in Telugu, Tamil, Kannada, Malayalam, Hindi, Marathi, Gujarathi, Bengali and other languages. The streaming giant has been streaming ‘Roudram Ranam Rudhiram’ to a blockbuster response.

On the web series front, ZEE5 has been spectacular. After presenting the comedy-drama ‘Oka Chinna Family Story’ from Pink Elephant Pictures, ‘Loser 2’ from Annapurna Studios stable, ‘Gaalivaana’ from BBC Studios and NorthStar Entertainment, it most recently came out with ‘Recce’. (IANS)