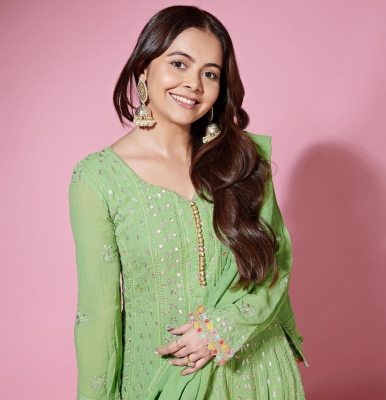 Working with Renuka Shahane was on my bucket list: Devoleena

Mumbai– Actress Devoleena Bhattacharjee says that from the time she started acting, she had a dream of working with veteran actress Renuka Shahane, and with their upcoming short ‘First Second Chance’, her wish has been fulfilled.

The story of ‘First Second Chance’ is about two lovers — Vaidehi (Renuka Shahane) and Raman (Ananth Mahadevan) — who parted ways in their younger days and how life unites them in their old age again. In the film, Devoleen plays the younger version of Vaidehi.

Talking about working with Renuka, Devoleena told IANS : “Working with Renuka ji was on my bucket list from the time I started acting. Obviously, like all the 90’s kids, I also danced on ‘Lo Chali Mein’ from ‘Hum Aapke Hai Kaun’. So the moment I got to know that she is the lead in the film, I was like, no matter what my character is, I am on! It is my good luck that my character is substantial in the narrative. But on the sets, I had a fan-girl moment more than co-actor.”

“It is also true that at times instead of acting classes, watching such veteran actors perform before your eyes teaches you so much. The same thing happened to me during the shooting of our film. The way Renuka ji moved on the sets, delivering the dialogues, expressing emotions… I observed them all and imbibed everything possible,” shared the young actress. 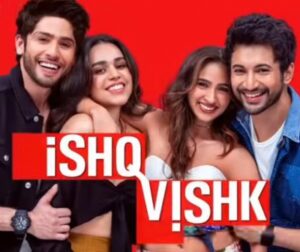 All the actors of ‘Ishq Vishk Rebound posted the first look from the film on social media.

Pashmina, who is set to make her debut with this movie, also penned a note while sharing the first look.

She wrote: “It feels like years of austerity and hard work is finally bearing fruits. I’m extremely excited, nervous and elated to bring to you my first experience on screen: When relationships can be found on apps, and lost over a chat, you know that love needs an upgrade. ISHQ VISHK REBOUND. It’s time to move on.”

“Dreams do Come true . When relationships can be found on apps, and lost over a chat, you know that love needs an upgrade. ISHQ VISHK REBOUND. It’s time to move on,” he wrote.

Mumbai– Bollywood superstar Salman Khan mourned the death of playback singer KK, who left for the heavenly abode on Tuesday after performing at the Nazrul Mancha in South Kolkata. 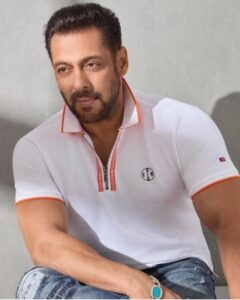 The ‘Hum Dil De Chuke Sanam’ star took to Twitter to offer his condolences to one of the most legendary singers of modern day Bollywood.

Salman wrote in his tweet, “Deepest condolences to his family. You will forever be remembered in your music. #RIPKK.”

The song has gone down in the pages of history as a heartbreak anthem.

KK made his Bollywood playback singing debut with ‘Chhod Aaye Hum’ from the Gulzar directorial ‘Maachis’, and has some of the biggest hits to his credit across languages including ‘Tu Hi Meri Shab Hai’, ‘Kya Mujhe Pyaar Hai’, ‘Pal’, ‘Bas Ek Pal’, ‘Yaaron’, ‘Appadi Podu’ and many more.

Hyderabad– Pooja Hegde, who was rumoured to be playing the female lead opposite Telugu superstar Pawan Kalyan in his upcoming film ‘Bhavadeeyudu Bhagat Singh,’ has “dropped out”. 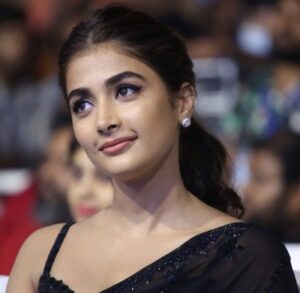 According to Telugu sources, the ‘Radhe Shyam’ actress has opted out of the biggie, because it has been postponed, and she cannot plan her dates with ambiguity.

‘Bhavadeeyudu Bhagat Singh’, directed by Harish Shankar of ‘Gabbar Singh’ fame, is in the works for Pawan Kalyan, who is yet to complete his other long-awaited projects (‘Hari Hara Veera Mallu’).

It’s risky for a rising star like Pooja Hegde to give her dates without first getting confirmation on her working schedules, as she might miss out on other opportunities.

The ‘Beast’ actress is currently filming her next film with Salman Khan, ‘Kabhi Eid Kabhi Diwali.’ Pooja has also bagged an offer to appear in Mahesh Babu’s next, under the direction of ‘Ala Vaikunthapuramu Loo’ fame Trivikram Srinivas.(IANS)