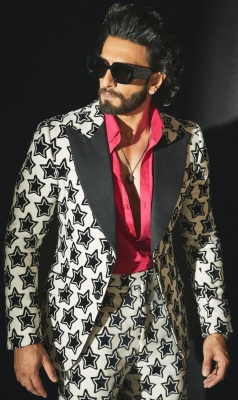 “It has come to light that Om Raut and Ranveer have been talking about an exciting big scale theatrical extravaganza that will blow people’s minds,” said a source.

The source added: “Om Raut is one of the hottest film-makers in Bollywood after delivering the National Award winning Tanhaji and Ranveer is a chameleon-esque actor, who has established himself as one of the alltime best actors of our country. This will be a collaboration to watch out for and the industry is buzzing with this.”

Mumbai– Bollywood action star Tiger Shroff is back to doing what he is known for — acrobatics, back-flips and high-octane stunts. 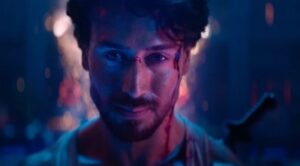 This time the film is a Shashank Khaitan directorial titled ‘Screw Dheela’ where Tiger plays a reticent youth. The first look of the film clocking just under three minutes equalling the length of a flash fiction was released on Monday.

In the video, Tiger doubles up as a (no marks for guessing) beefed up good guy under his flashy athleisure clothing. He single-handedly breaks the bad guys’ bones and of course, glass walls, tables and a pair of locked hand-cuffs.

Tiger’s string of carefully curated stunts comfortably outnumber his dialogues in the special video. He swings, jumps, stretches, dodges bullets, fires them back, survives a stab wound for a little time and then goes back to the business of beating up the baddies.

The film has been produced by Dharma Productions and is Shashank’s sixth collaboration with the studio.

Dharma Productions head Karan Johar shared the special video of ‘Screw Dheela’ with the caption, “Arriving with a solid punch of entertainment, super excited to present Tiger Shroff in #ScrewDheela, directed by Shashank Khaitan in an all new world of action!!!”

The release date of the film and its full cast are yet to be revealed by the makers.

Khushalii Kumar injures herself on the sets of ‘Dhoke Pyaar Ke’

Mumbai– Khushalii Kumar, who will be seen in the latest music video ‘Dhoke Pyaar Ke’, has recently got injured on the sets of the song. 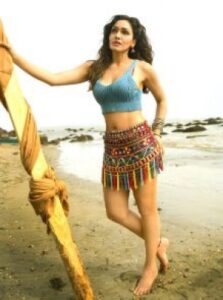 The actress has learnt jet skiing for the track and while shooting she injured herself badly but she decided to continue the shooting.

Commenting on getting injured while jet skiing Khushalii says: “I suggested the director that I wanted to do the jet skiing scene myself to lend authenticity.”

“While shooting for it I fell of the jet ski but when I see the end product, it all looks worth it,” she adds.

Produced by Bhushan Kumar, ‘Dhoke Pyaar Ke’ with vocals by B. Praak, composition by Rochak Kohli and lyrics by Rashmi Virag is out on T-Series’ YouTube channel.

Mumbai– Bollywood actor Aparshakti Khurana is set to play the role of a Kashmiri terrorist in his upcoming film ‘Dhoka D Round Corner’, thereby making a departure from his comic roles. The film explores different facets of human relationships, but follows a rather gritty and darker central theme. 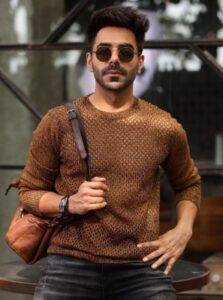 Talking about the film, Aparshakti said in a statement” “With ‘Dhoka’, I am attempting a very different genre for the very first time. I was trying to do something apart from comedy for a while now but only Kookie Gulati and Bhushan Kumar showed that confidence in me. It explores a different take on human relationships intertwined because of personality complexes, captured with an overall theme which is slightly grungy and grey.”

Shedding light on his part in the film, the actor added, “I play a Kashmiri terrorist in the film. I have tried to show a different side of myself as a performer and I hope that the audience accepts me in this new version of mine on the big screen! Really excited for this one.”

Directed by Kookie Gulati – who has earlier helmed the OTT film ‘The Big Bull’, ‘Dhoka D Round Corner’ is a suspense thriller.

Aparshakti further mentioned: “I hired and worked extensively to learn Kashmiri language for my character. Also had to drop down a little weight to achieve a more lean look as the character demanded that and had to shorten my hair for the look.”