New Delhi– Actress Pooja Hegde is looking forward to the world TV premiere of one of the highest grossing films, ‘Ala Vaikunthapurramuloo’, also starring Allu Arjun in the lead role.

She says the movie entertained the world before and after it went into lockdown following the outbreak of the Covid-19 pandemic.

Sharing her excitement, Pooja says, “‘Ala Vaikunthapurramuloo’ was one of the most exciting highlights of 2020. The movie entertained the world before and after it went into lockdown following the pandemic. Once the film streamed on OTT, it attracted love and appreciation from viewers across the world. The film premiering on TV is a milestone for me.”

She adds, “I just want to thank all those who went out of their way to show their love for my portrayal of Amulya. I’m grateful to have people who make note of my work in cinema. Hoping to receive love for Amulya yet again.”

Pooja is remembered for essaying the role of Amulya, who runs her own travel agency, and for her chemistry with Allu Arjun. Having received a lot of appreciation for her power-packed performance, Pooja is now thrilled about its world TV premiere scheduled on February 6 on Dhinchak TV.

Mumbai– Actress Deepika Padukone along with her ‘Gehraiyaan’ co-stars Ananya Pandey, Siddhant Chaturvedi and Dhairya Karwa will be seen talking about their upcoming film in ‘The Kapil Sharma Show’. 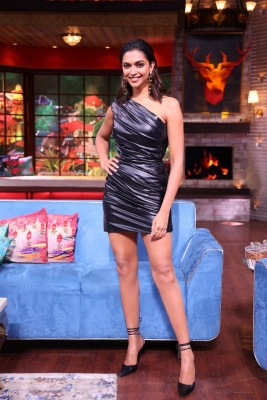 The cast along with the director Shakun Batra also share about the fun experience they had on and off camera much to the delight of the viewers.

During an engaging banter with the cast, host of the show Kapil Sharma asks Deepika to reveal her reason behind her love for Goa.

Kapil asks Deepika if she actually wanted to take the cast to Goa to bond or in reality she wanted to go on a holiday to which, Deepika jokingly says, “Nahi bus aise hi holiday pe jana chahati”.

Kapil then adds that Deepika has a special place for Goa and she really enjoys being there, she even shot for the film, ‘Finding Fanny’ in the pristine state.

Arjun Kapoor says ‘Kuttey’ has made him a better actor

Mumbai– Arjun Kapoor has started shooting for the last schedule of his next film ‘Kuttey’, a dark comedy. 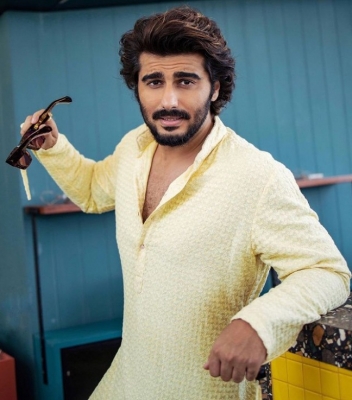 The actor says he feels he has become a better actor by being on the sets of this film that also has outstanding actors like Naseeruddin Shah, Konkona Sen Sharma, Tabu and Radhika Madan in it.

Arjun says, “Kuttey’ is an incredibly special film in my body of work. It is a special feeling when you can’t wait to be back on the sets of a project and ‘Kuttey’ is that film for me.”

“I just couldn’t wait to be back and surround myself around the ocean of talent that this film boasts of.”

The actor adds, “I feel like it’s my day one in the film industry every time I’m on this set because every day is just amazing learning experience, seeing these outstanding performers push each other and me to deliver the best that we can on screen with every scene.”

“I have a two-week schedule to wrap Kuttey and I know I have become a better performer by just being on this set.”

The movie’ is directed by Aasmaan Bhardwaj, son of the critically-acclaimed filmmaker Vishal Bhardwaj.

Apart from ‘Kuttey’, the other films in Arjun’s bag include Mohit Suri’s ‘Ek Villain 2’, ‘The Lady Killer’ with Ajay Bahl, and the yet-untitled Jagan Shakti directorial.

Raashii Khanna: ‘Rudra’ is a dream project for me

Mumbai– Actress Raashii Khanna, who is all set to make her OTT debut with ‘Rudra: The Edge of Darkness’, co-starring Ajay Devgn, poured her heart out expressing gratitude for the phenomenal response for her web debut. 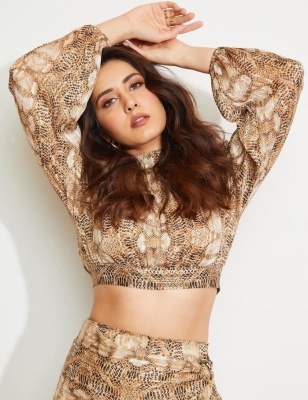 Recently, the trailer of ‘Rudra: The Edge of Darkness’ was launched on the internet, offering insights into the crime thriller show.

Talking about her debut, Raashii shares, “‘Rudra’ is a dream project for me, not only because I am making my digital debut with the show but also because I’ve been bestowed with an opportunity to work with a celebrated actor like Ajay Devgn.

She added: “The premise and concept of the show is dark and gritty which is not a very easy genre and especially for me, it has been extremely challenging. As an actor, it has been an extremely enriching and rewarding experience to be a part of the show.”

“The response to the trailer has been really overwhelming as the audience has poured their love on me in just a few glimpses, I can’t wait for the audience to watch the entire show.”

Creating an uproar across quarters, Raashii has been marking her presence all over with a streak of projects lined up.

The actress forays into the digital space with Applause Entertainment’s Rudra, making an explosive entry on OTT.

Apart from ‘Rudra’, Raashii Khanna is also gearing up for Raj and DK’s next with Shahid Kapoor and Vijay Sethupati.

In addition, the two will also fly to Delhi to wrap the last big outdoor schedule of the film from February 14 as the third wave slows down across the country.

As per a source, “Salman will resume the last big schedule of the film from this Saturday at YRF and then the biggest on-screen pair in Indian cinema, Salman-Katrina will shoot the crucial Delhi schedule from February 14th onwards.”

“YRF is going to maintain supremely strict covid protocols as they have been following since the pandemic started. Salman and Katrina will mostly be travelling to Delhi on February 12 or 13 morning.”

The source further reveals, “YRF has done a commendable job in managing the shooting schedule of such a big film and that too in the pandemic. Now, all eyes on them to pull off this Delhi schedule with strict mandates.”

“Knowing them, they must have prepared themselves to a T. It is a very crucial schedule for the film and Salman-Kat will be filming for around 10-12 days in the national capital.” (IANS)